Cars of the Future! 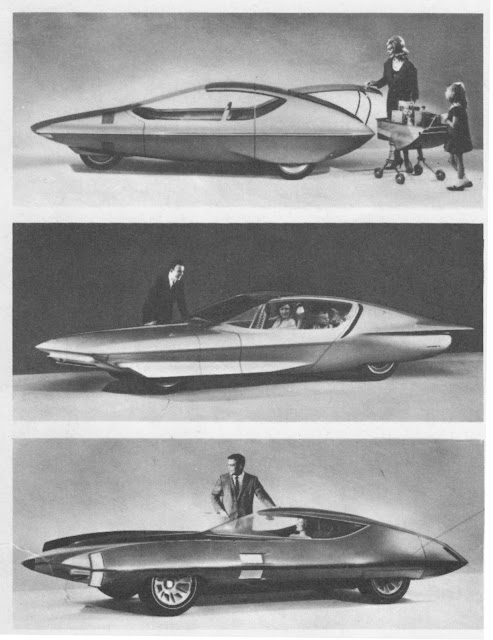 "These three cars for the future were shown by General Motors at the New York World's Fair.  Top is Runabout, a three-wheeled utility vehicle for the future city-dweller, featuring a built-in shopping cart system.  Centre is the Firebird IV for fast, comfortable cruising on automatic highways.  Bottom is the GM-X, a two-passenger, high-performance coupe appealing to the enthusiast."