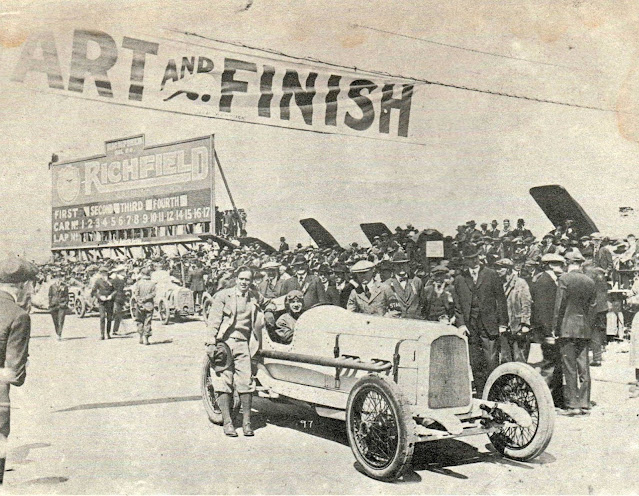 The company also built at least two race cars using  the"Twin 6" motor, one of which is shown here with Ralph De Palma at the wheel and Douglas Fairbanks leaning in for the photo opp. The cars had successful seasons during 1917-1919.

The success of the"Twin 6" racers was said to have inspired Enzo Ferrari to develop engines of that configuration for his own cars. 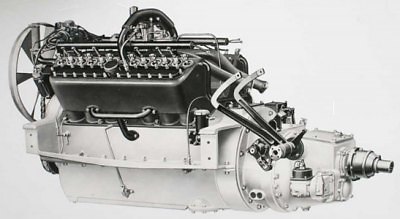 More Packard V12 story at Hemmings.
Posted by Mister G at 2:35 AM