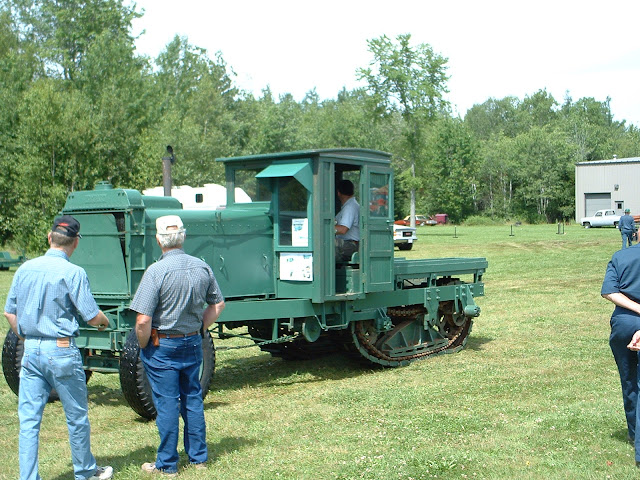 In the winter of 1908-1909, The Lombard Steam Loghauler company tested their first gasoline engined hauler. This was the beginning of far more conventional halftrack vehicles and a large step away from the steam engine on tracks they built up till that time. Various configurations were tried over the years powered by various 4 and 6 cylinder engines from different manufacturers.  Lombard even produced their own 6 cylinder for awhile. Total number of Lombards produced is unknown but the last one was built in 1936. This one was also the only diesel model built.
These two vehicles were being demonstrated and on display at The Owls Head Transportation Museum a few years ago. 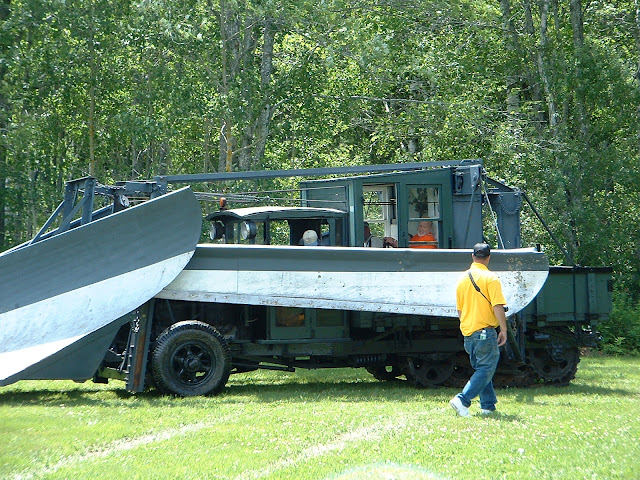 More history here. http://oldsnowplowequipment.wetpaint.com/page/Lombard+Loghaulers+and+Tractors
Posted by Mister G at 1:10 AM

That's great company gasoline hauler's with good configuration long lasting periods. I hope it's should be made road transport like in future. If you get more information lombard transit visit this site..lombard transportation Lombard Taxi services to and from Midway, O'Hare and the Loop