Below, Honda and Suzuki wrenches made by RK. 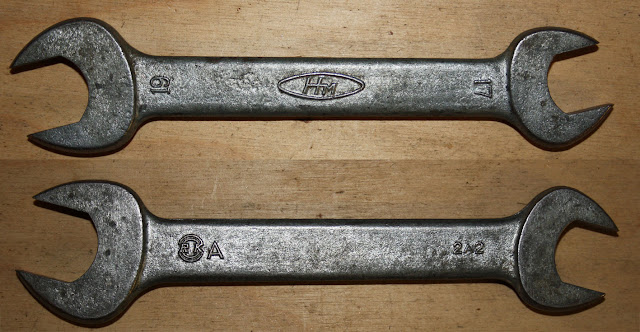 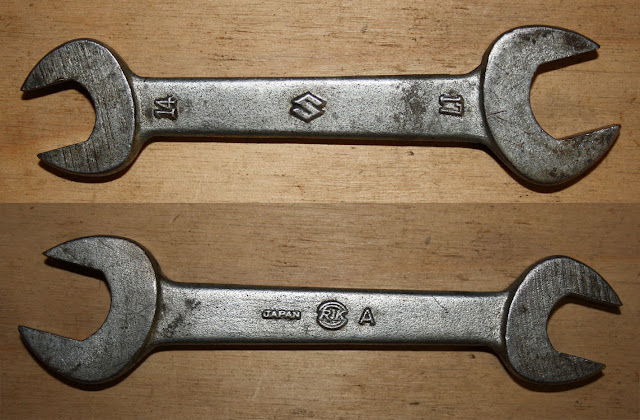 Below, an unusual box-end wrench made for Honda by RK: 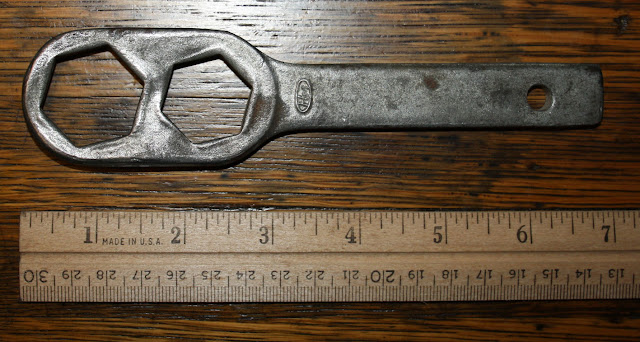 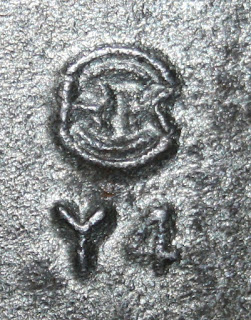 This Japanese tool company started out as Kuriyama Manufacturing Inc. of Otsu City which manufactured steel hinges.  In 1932, it was acquired by Takasago Tekko K.K. which renamed the plant the Shiga Factory. In 1943, the name was changed to the Otsu Aircraft Factory. One year later, the company relocated to its present location in Yagura, Kusatsu-cho. Following World War II, the company changed names to the Kusatsu Factory, making bicycles and their components.  In 1947, they began to make roller chains. In 1953, they started production on "RK" motorcycle chains, aspirationaly named after the German word for roller chain, "Rollenkette". (According to the company website, "The fact that German has been used shows the respect to the high technology of German during the 1950`s, and the vision of RK to obtain high technology through endless research and development.") In 1954, the parent company became the Takasago Manufacturing Company limited. In 1956, they ceased production of bicycle rims to concentrate on motorcycle rims.  Obviously, at some point they managed to get contracts for toolkit wrenches from Honda and Suzuki.