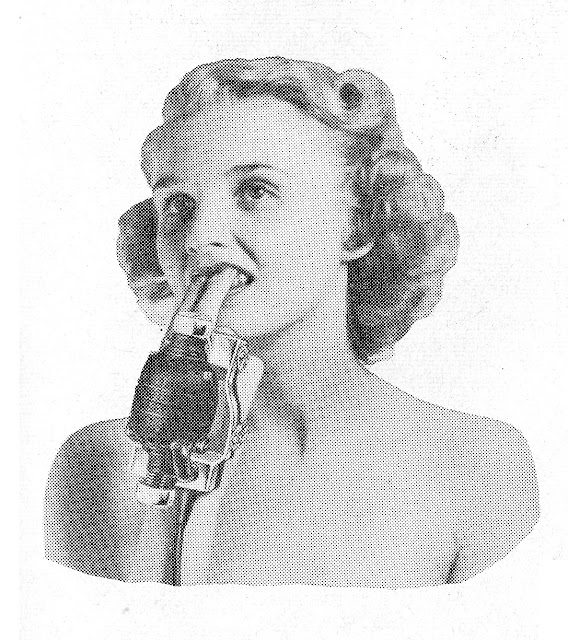 "You do know how to whistle, don't you Steve?" 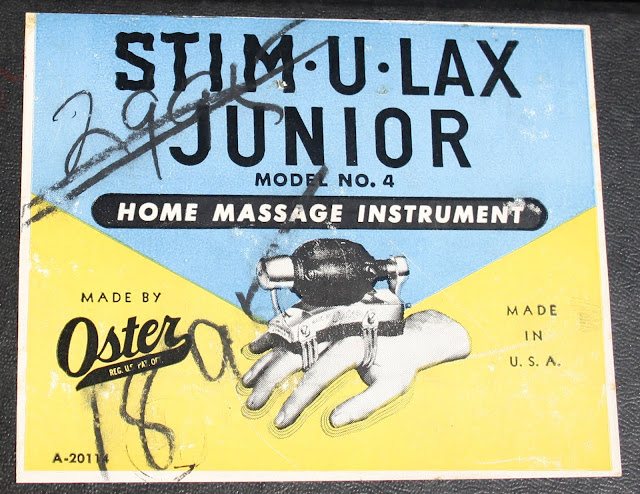 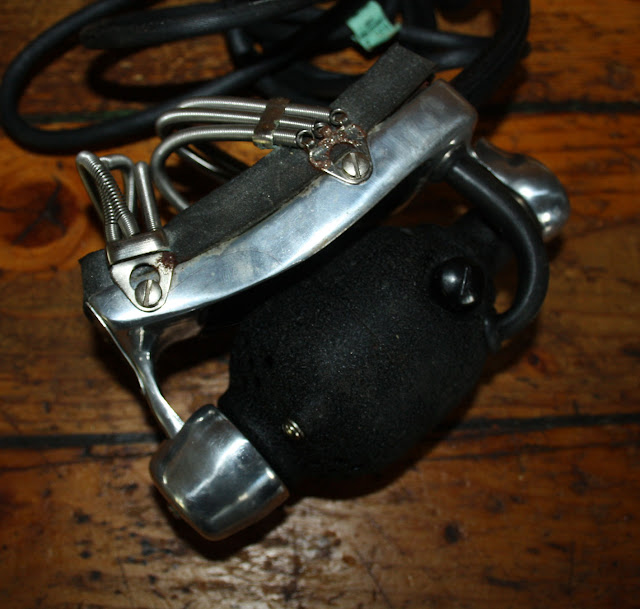 This bizarre device same out of my late father-in-law's estate many years ago.  I recently donated it to the Kingston Museum of Health Care, which was delighted to accept it.  It turns out that the Collections Manager's father used to be an executive in the Oster firm.

It came complete with the manufacturer's instructions and promotional material, reproduced below: 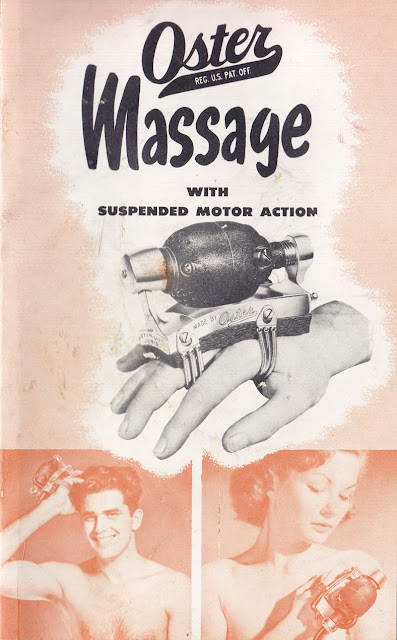 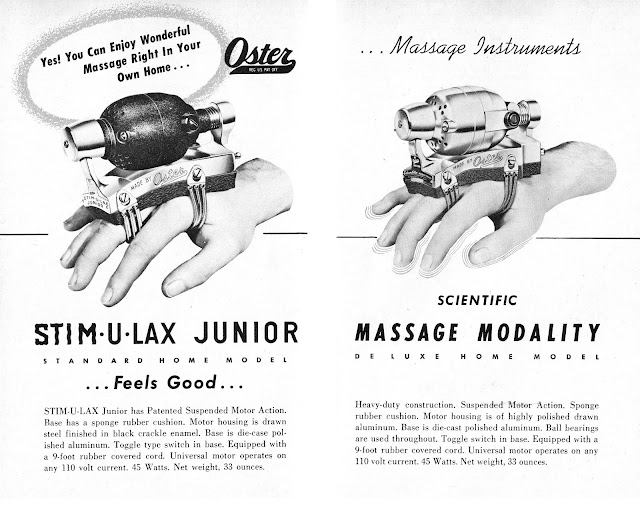 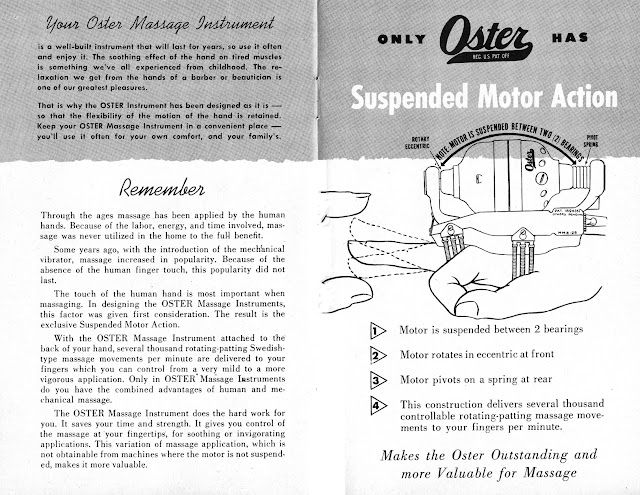 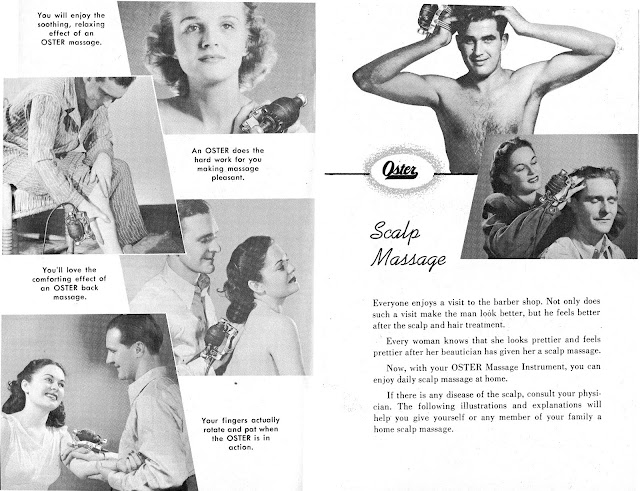 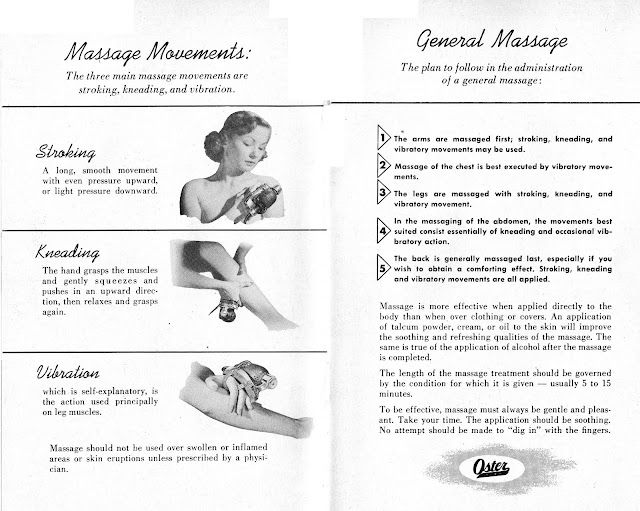 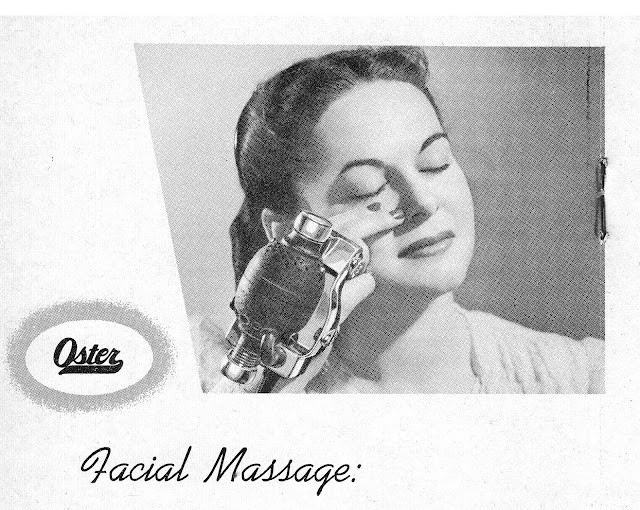 Judging from the picture above, evidently the apparatus was good for fortune reading. 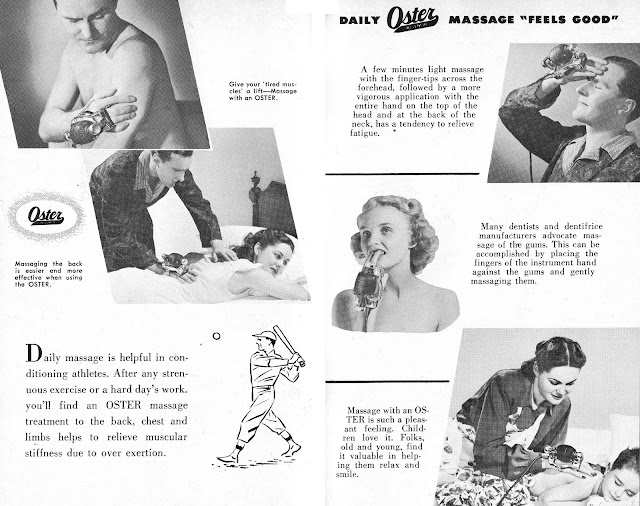 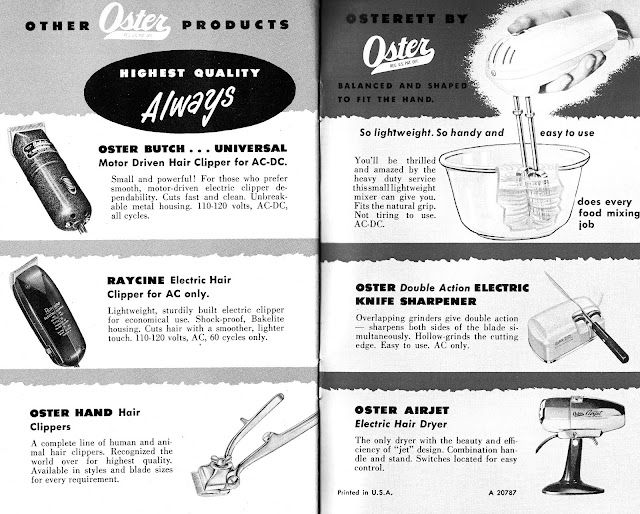 John Oster started his company in his basement in 1924 with one product--a hand-operated hair clipper for women. Below, the examples I've picked up over the years.  They're beautifully made and still operate with ease and precision: 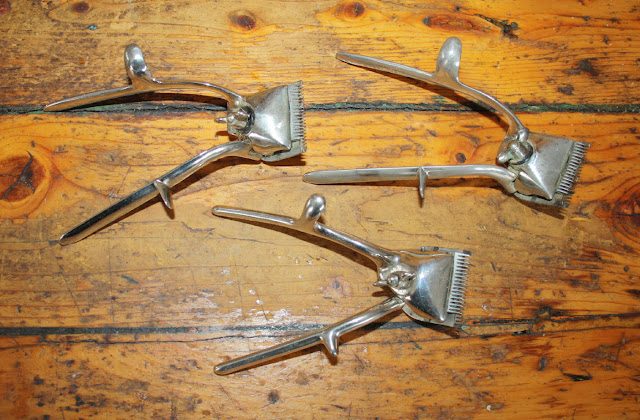 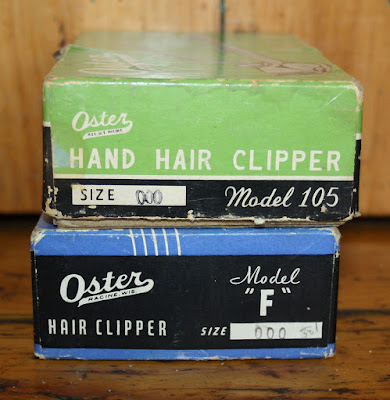 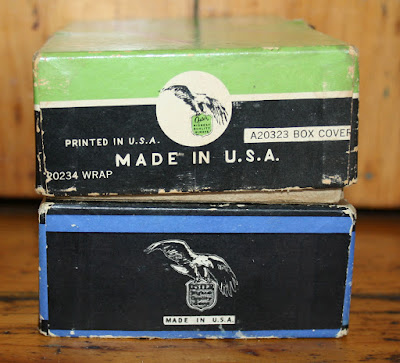 In 1928, a motor was added and the company dominated that market for next few decades.  Below, a modern one I found in a free pile at the end of a driveway some years ago.  Again, a nicely engineered product:

During World War II, the company was tasked with making small motors for the military.  After the conflict, they saw further opportunities and bought Stevens Electric, which had introduced the blender in 1923, selling to drug stores to make the then popular Horlick's malted milk shakes. In 1948 this product was introduced to the wider public market as the "Osterizer" blender. 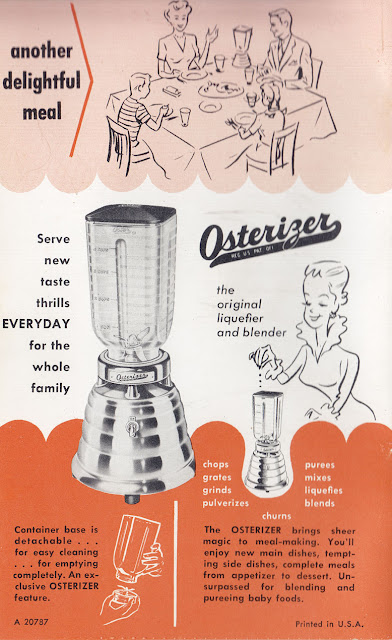 In the 1950s, Oster acquired the Northern Electric Company, which produced such consumer items as electric blankets and mattresses, vaporizers, thermostats and humidifiers, a variety of hair dryers, hair setters, and mirrors. Oster even made power tools!   In the 1954 Oster acquired the assets of Wappat Inc. from Cummins-Chicago Corp and lost no time putting their own label on those products:

In 1960, the John Oster Manufacturing Company became a wholly owned subsidiary of the Sunbeam Corporation of Chicago.  Wisely, Sunbeam kept the Oster name as a well-recognized and respected brand.  In 1963, John Oster died and his son resigned as President to pursue other interests.  This was the end of the family involvement in the company.  In 1982, during the first great period of corporate take overs, Sunbeam was acquired by Allegheny International. Six years later, Allegehny was forced into bankruptcy. In 1989, it was rescued by private investors and re-created as the Sunbeam-Oster Company, becoming just Sunbeam in 1995.  At some point, it fell into the orbit of Jarden Consumer Solutions, which owned a variety of recognized consumer brands. In 2016, Jarden became a wholly-owned subsidiary of Newell Brands Inc.  The latter is one of those mega-corporations that wants a piece of every single thing you buy.  In 2014, their total executive compensation was over $24 million US (surprisingly down from a high of over $35 million in 2011). The President, Michael Polk, walked away with a little over $12 million of this.  I don't know how he manages to get by.

Anyhoo, this year, if you hurry, you can buy a limited edition 70th Anniversary Osterizer beehive blender, marked down to $129.99 U.S.!  Supplies are limited, so order now!