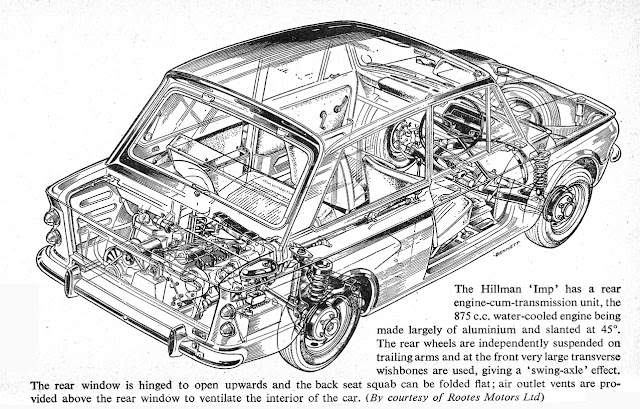 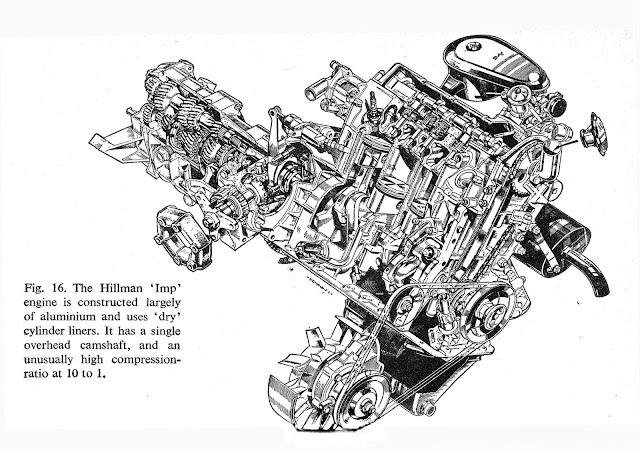 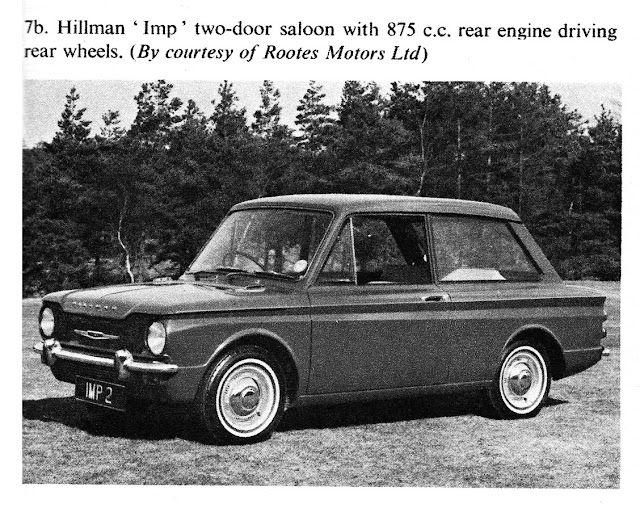 Founded in 1907, Hillman was sold to the Rootes brothers in 1928 and where it was soon merged with Humber.  In 1967, Chrysler bought Rootes.  The Hillman name continued to be used until 1979, when Peugeot bought the European division from Chrysler. Peugeot still owns the rights to the Hillman name.

The Imp was produced from 1963 until 1976.  It was the first mass-produced car with the engine block and cylinder head cast in aluminium.