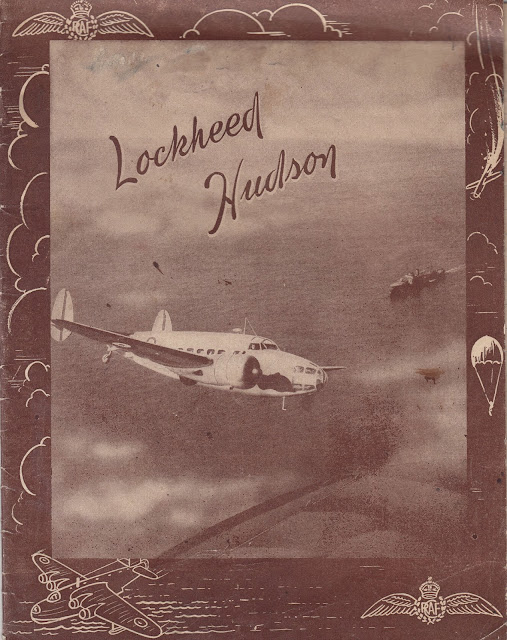 From the cover of a WWII-era school exercise book.  Hudsons were used in Canadian anti-submarine patrols.

Below, the arithmetical tables printed on the back of the book: 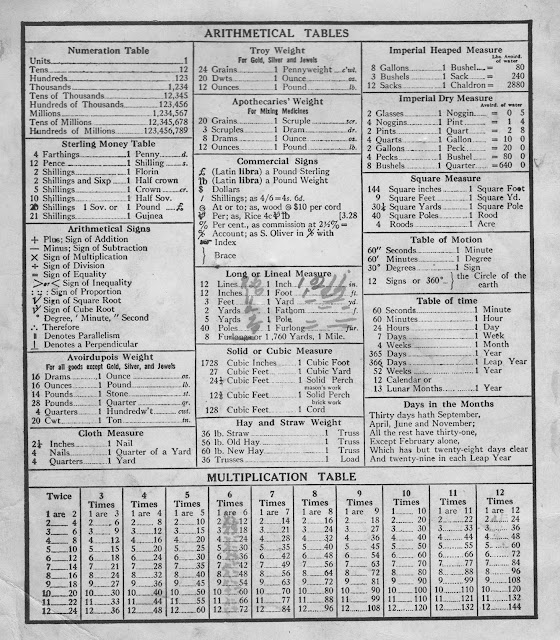 It's curious that it includes a Sterling Money Table, since Canada has had a decimal monetary system since 1858.  It's also interesting to be reminded that, in Troy weight, there are 20 Dwts in 1 ounce; that in Imperial Heaped Measures there are 12 Sacks in 1 Chaldron; that in Imperial Dry Measures there are 2 Glasses in a Noggin and 4 Noggins in a Pint; that in Solid or Cubic Measures 24-1/2 cubic feet equal 1 Solid Perch (Mason's Work) but only 12-3/8 Cubic Feet for 1 Solid Perch (Brick Work), and that 60 pounds of New Hay equals one Truss, but only 56 pounds of Old Hay equals the same unit.

Also note the symbol for "per":

I'd never before encountered that complicated symbol (below right).  It looks like something you'd see in a book on how to tie knots. In a google search, the only thing I can find is a somewhat similar symbol (below left) taken from a newspaper account of the Price of Goods in Boston, March 6, 1856 in which the final flourish turns down rather than up: 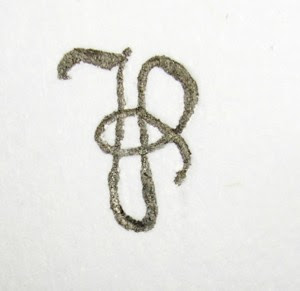 It probably had its use in the days of movable type, when the symbol would only occupy one slug. Perhaps it disappeared from use because it's just as quick to write "per."

I remember those arithmetic tables from notebooks when I was a kid. That was in the sixties...

One might conclude that the stereotype, or cliché (both words used in their original printing sense) dated from before 1858. But I recognize the illustration as similar to the back of exercise books that I had at school in England in the Forties and Fifties, when a child's brain would gain daily exercise in counting the pennies; and an adult's too.

After which there was a simplification, which some might call a dumbing-down . . .