Oil filter wrench, made in Korea 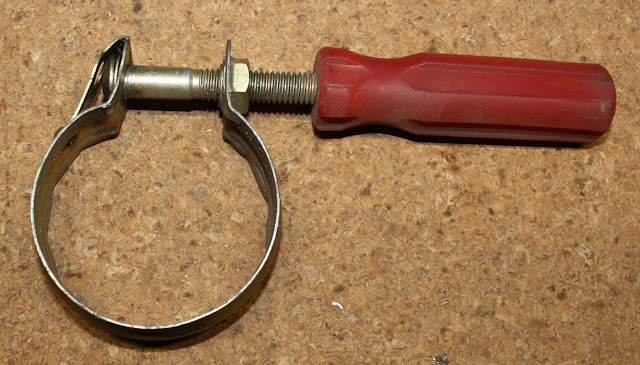 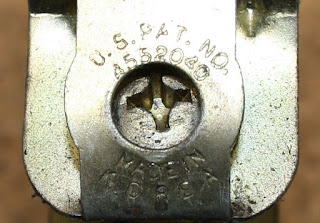 This is a simple little oil filter wrench in my shop. No information on which Korean tool company actually produced it. The U.S. patent was awarded in 1985 to Hyo J. Bang of Azusa, California. 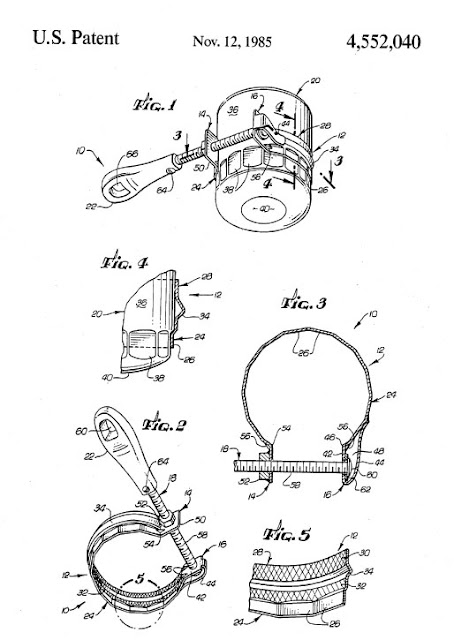 This seems to have been Mr. Bang's only patent, but that's one more than most of us can boast.  I can say it works well at getting the cartridge oil filter off of my 1974 Norton Commando, where it is awkwardly located behind the swingarm pivot. (At least it's easier to change than the Rube Goldberg affair on my 1992 BMW airhead, with its multiplicity of O-rings and paper gaskets, and its ridiculous "hinge" in the middle as the only way the German engineers could figure out how to get the thing into the bike without removing the entire exhaust system!)  Anyway, I'm sure I didn't pay more than a dollar for the filter wrench, so I can truthfully say that I got a Bang for my buck.

Below, another interesting oil filter wrench, made to deal with larger 3-1/2" cartridge filters. 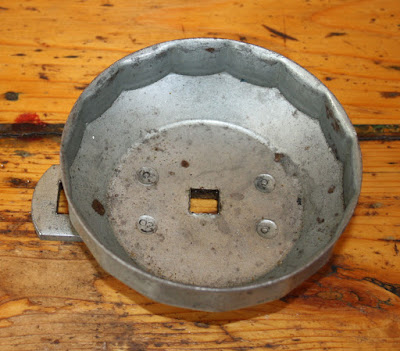 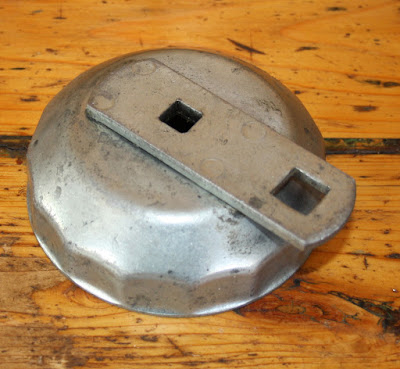 The strap spot-welded on the body has recesses for both a 3/8" and 1/2" drive ratchet.  I've never used it, as nothing I own takes such a large filter.  Still, fill in the smaller recess and it might make a nice Scottish quaich!
Posted by The Duke at 9:56 AM

I have one of these, best wrench for Fram PH8As as you can always get to the bottom and not so much on the sides. Use long 3/8 extension for easy access with no crushing the can or slipping.