A Glimpse of Hell 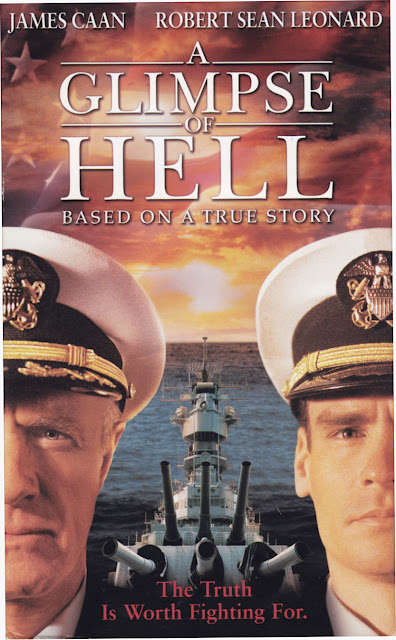 Filmed in Halifax, this is a made-for-TV movie released in 2001 based on the Charles C. Thompson's 1999 book, A Glimpse of Hell:  The Explosion on the USS Iowa and Its Cover Up.  This is about the 1989 explosion of a 16" gun turret on the U.S.S. Iowa which claimed the lives of 47 crewmen.  This still holds the record as the U.S. Navy's worst loss of life during peacetime operations.

I found it to be a good movie, with excellent footage inside the turret of how powder and shells are fed to these huge battleship guns and how they are are actually operated.  The turret explosion would have been a glimpse of hell indeed.