The Lombard Steam Log Hauler, patented in 1901, was the first successful commerial use of caterpillar tracks. Between 1901 and 1917 eighty three units were built by Alvin Orlando Lombard of Waterville, Maine to pull sled trains of logs out of the woods. Modelled after the railways, each train required a 4 man crew, an engineer and freman in the rear cab, a conductor riding on the sleds and the steersman (out front in the cabin). Wood fuel is carried in the hopper out back, water in the saddle tank.
Look closely at the bogie system, it's a unique system, almost a track within a track.This one has tires out front but usually these machines were found with skis for winter use. 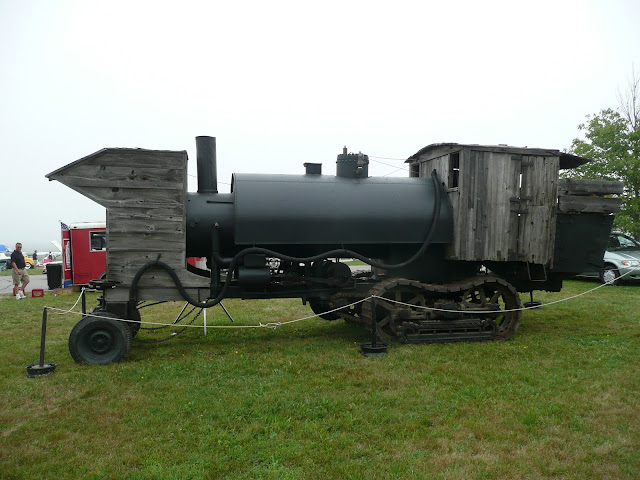 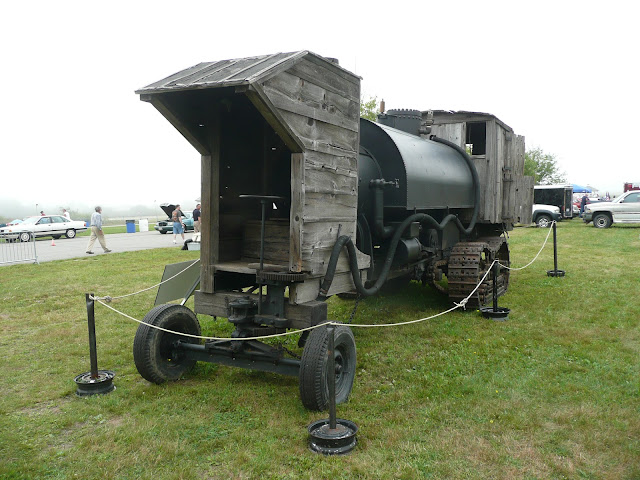 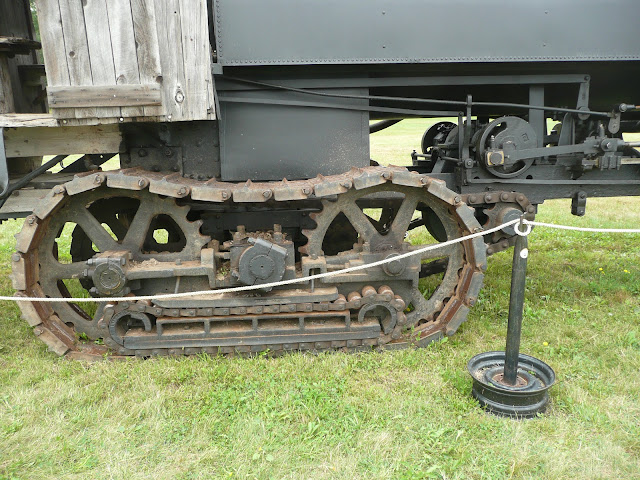 Video of this machine operating. http://www.youtube.com/watch?v=82A2uqTX9HI
Machine specs and operator manual.
http://www.umit.maine.edu/~herbert.crosby/lombard2/Machine%20specifications.htm
Below: Inside the factory 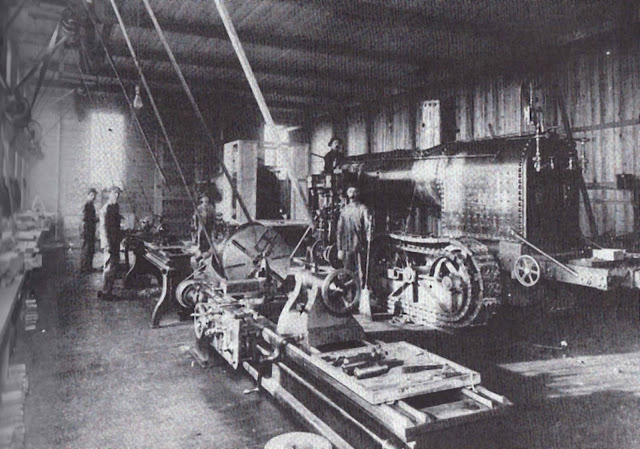