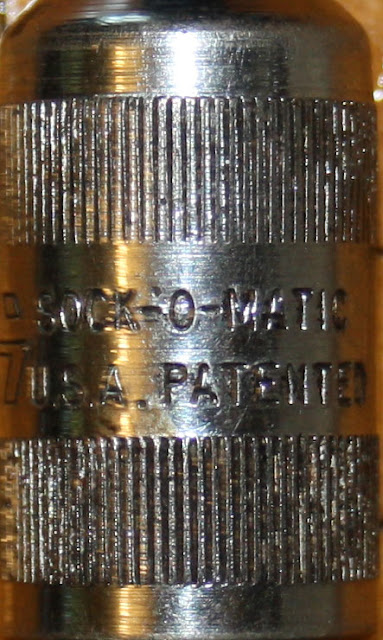 Below, an ad from 1965, when it appears to have been introduced:

The tool was patented in 1966 by Edward J. Mahall as a "multiple socket wrench." 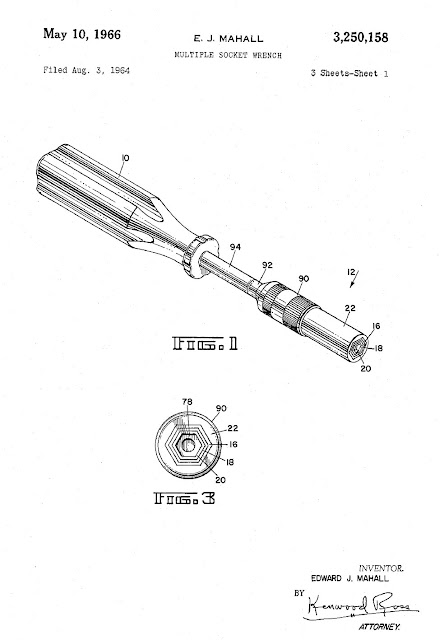 The patent was assigned to the Silverbrook Manufacturing Company of Springfield, Massachusetts (and also, apparently, Wayne, New Jersey), which gave it the "Sock-o-Matic" trademark: 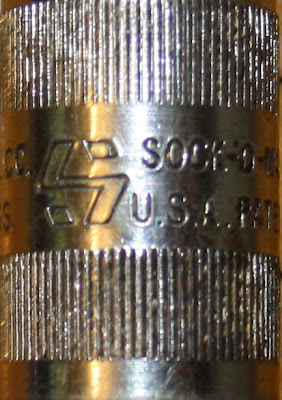 While it's a neat idea, the problem is that, since the nested hex inserts are spring loaded, you can't hold a bolt head or nut in the tool in order to start the fastener.  So, you'd need to have a separate set of individual nut drivers available to start each fastener, which kind of defeats the purpose of the tool.

I just found one at a garage sale. Like new condition.
Wonder what it is worth today?

I have one in quarter inch drive and it has been a favorite for a few years. I
am searching for one in tree three eighths drive as well as halfinch drive. On a motorcy le they could be handy in a tool kit

Definitely be useful where space around the bolt head would allow...