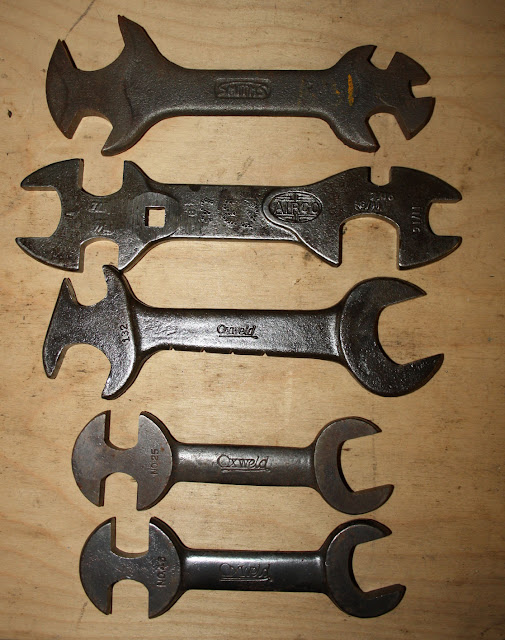 Smith Equipment Manufacturing was founded by Elmer Smith as Smith Inventions in 1916.  Located in a garage in Minneapolis, it was primarily a design and manufacturing operation building a line of oxyacetylene welding and cutting equipment.  It's gone through a series of ownership and name changes, and in 1998 was purchased by the huge Illinois Tool Works. 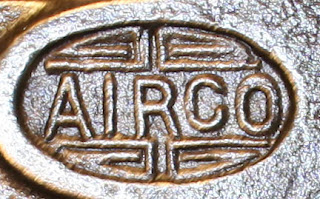 
Airco Welding Products started in the early 1920's with a focus on cutting machines.  In 1969 they acquired the Aronson Machine Company, founded in 1946 by Chuck Aronson who invented and patented several of the welding positioners still used today.  In the mid-1980's the company disappeared under its original name.  The details are murky, but it seems that some of their welding products are still supported by CONCOA (Controls Corporation of America), while the Aronson side was purchased by the Japanese company Koike Sanso Kogyo of Tokyo which eventually became Koike Aronson, Inc/Ransome.

In 1912, Union Carbide acquired part of Linde Air Products Co.  This resulted in a new organization, the Oxweld Acetylene Company, whose purpose was to manufacture and develop oxyacetylene appartus. Both Oxweld and Purox are apparently now brands owned by ESAB ( Elektriska Svetsnings-Aktiebolage), a Swedish company founded in 1904 by Oscar Kjellberg to capitalize on his invention of the covered welding electrode.  (They produced the first all welded ship in 1920, and invented submerged arc welding in 1937.)  In 2012, the ESAB group was purchased by the Colfax Corporation.

For some more information and images, visit the American Welding Society's History of Welding.
Posted by The Duke at 10:54 AM