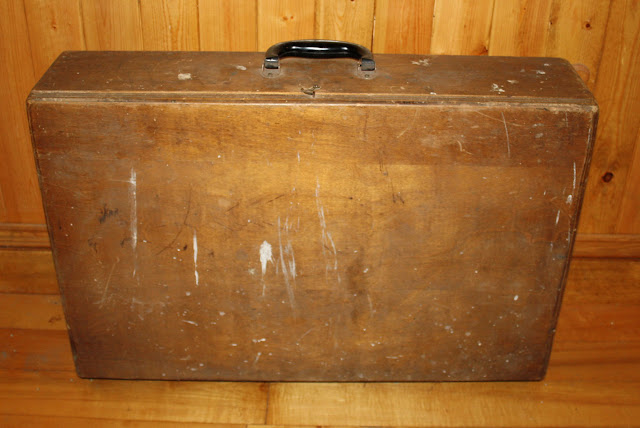 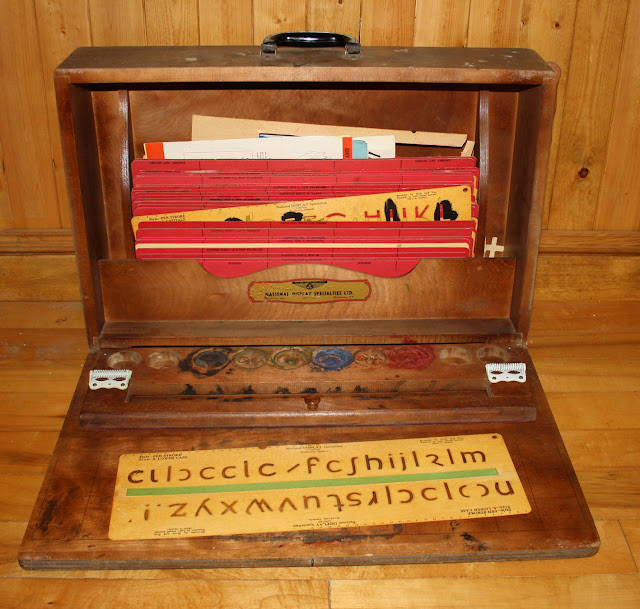 The device was originally patented in Canada in February 1933: 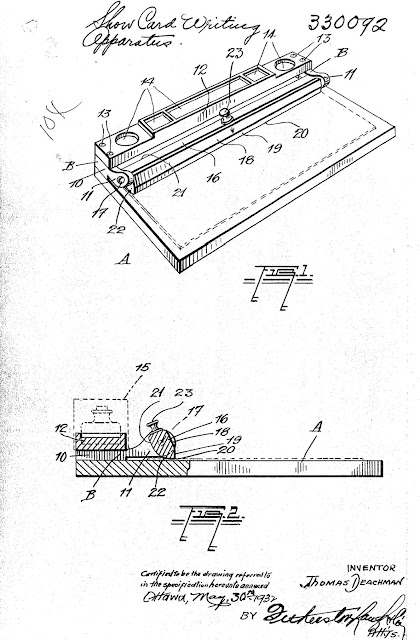 The company was operated out of both Brockville, Ontario and Morristown, N.Y. (two cities which face each other across the St. Lawrence River), with the Canadian side started around 1925.  A later kit advertised on the internet shows the sign below, indicating that at some point they moved their American operations down river to Ogdensburg, N.Y.

The last internet reference to the company I can find dates from 1968.  The kit I have also came with a brochure for the Dinsdale Signriter, also out of Brockville.  I don't know if this was a different company, but it clearly shows how the product was intended to be used back in the day. 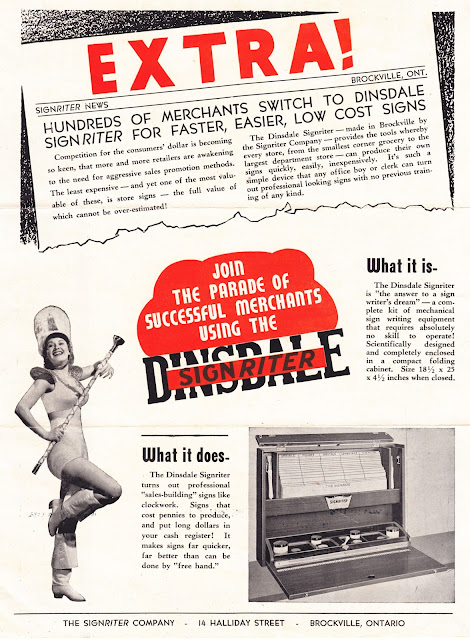 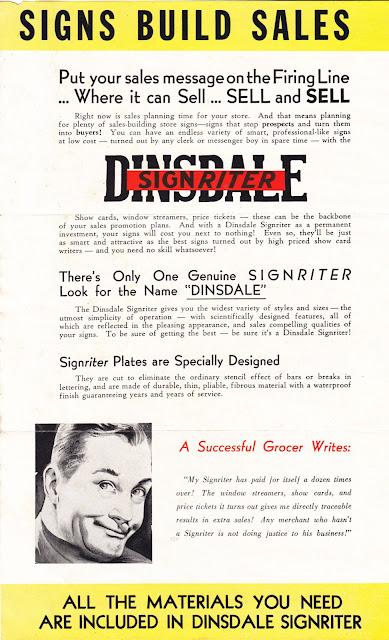 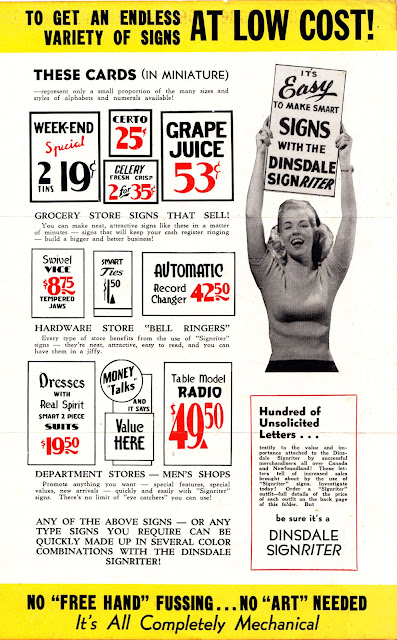 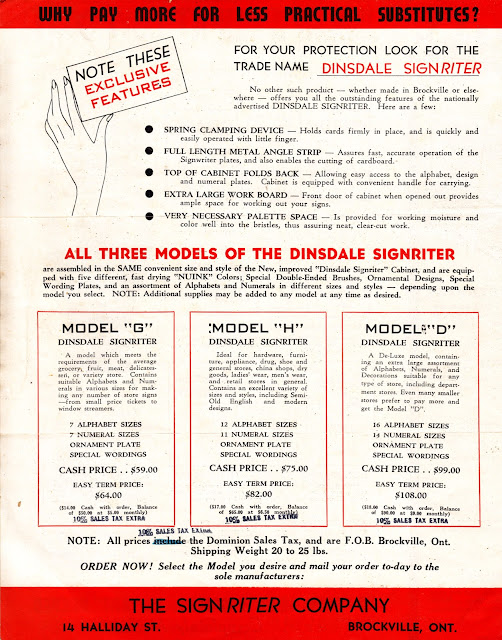 So pleased to come across this post. I just purchased the exact same kit as the top photo from a thrift store today for a few bucks and have been trying to find out more about it. Have any idea the exact year of that one? I know it can't be later than the mid 50's, seems earlier than that even.

Just got one, flea market, $35. Would love to get the rest of the stencils. Any idea?

Sorry, they've long been out of production.

I have the stensils if you want them

I was just gifted one of these and would love more stencils Gavin Jones if you are still out there... LOL my email is fiveannb@yahoo.com if you want to get in touch with me. Annie

Hello Folks: Not sure if this thread is still active in Sept 2020. I have come across cardboard stencils from The Signriter Company, Brockville Ont. Not sure what to do with them, but I would like to pay homage to the craft. I graduated George Brown College, Toronto in Sign Writing and production in late 1970's. Haven't picked up a brush in decades.
Any ideas?
Thank you
pamhope@rogers.com

Ive got a complete art set in case with all stencils.

I also have a complete set in his original case with all the stencils, brushes and round cubes of dry paint.

Amazing how this stuff survives!

Just picked up one of these on marketplace for free!!! It's got a number of stencils too.

Thanks for posting all this info!

I've just closed up our retail store for retirement and found the case in the basement. It's well used and I recall my Father making signs with the set. I'm about to bring it to my grandsons 3 & 5 so they can play with it and possibly learn numbers and letters as well as a few art type stencils for holidays. Probably from the late 50s or early 60s and not a wood, but a grey board of some type.