Search for a monument

Back in 2010, The Duke discovered this paragraph and asked me if I knew where this cairn might be located, ostensibly in the Toronto area. 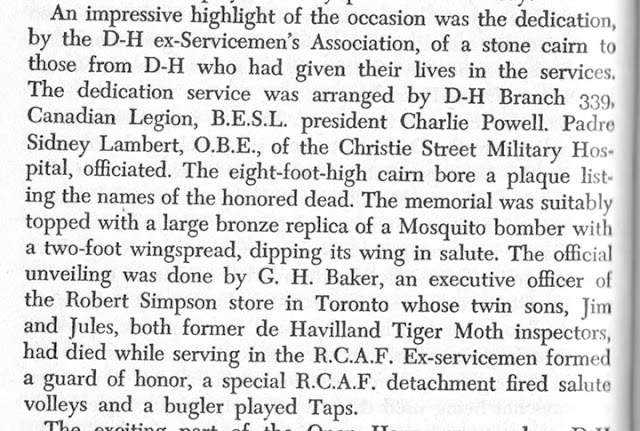 Although the location was not given and despite the downtown references, it was likely to have been erected on the grounds of the WW2 De Havilland factory. However in 1954 D H had relocated to a new site near Wilson Avenue, having sold their Downsview land to the Canadian government. An email to the Canadian Air and Space museum at Downsview went unanswered.
There was no information to be immediately found on the DH 339 Canadian Legion, the BESL (British Empire Service League) is now the Royal Canadian Legion, the Christie St. Military Hospital is long gone and its entry in the Toronto Historical plaques website led nowhere.
http://torontohistory.org/Pages_STU/Site_of_the_Christie_Street.html

The search was put aside for another day.

To make sure, I made the trip up to the newer former De Havilland plant in Downsview, now a Bombardier plant and there the monument was, tucked unobtrusively in a corner not too far from the front door. The de Havilland name is still on the building. 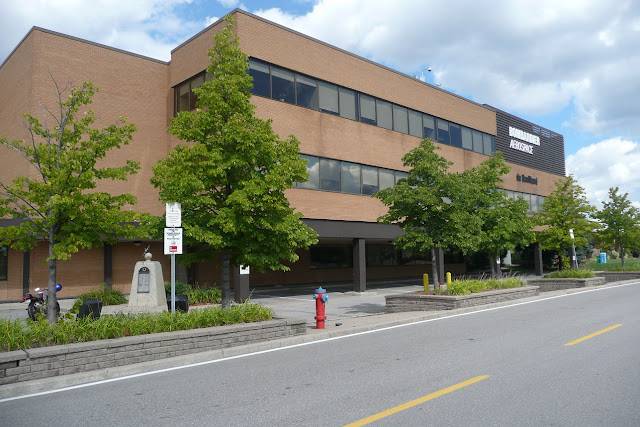 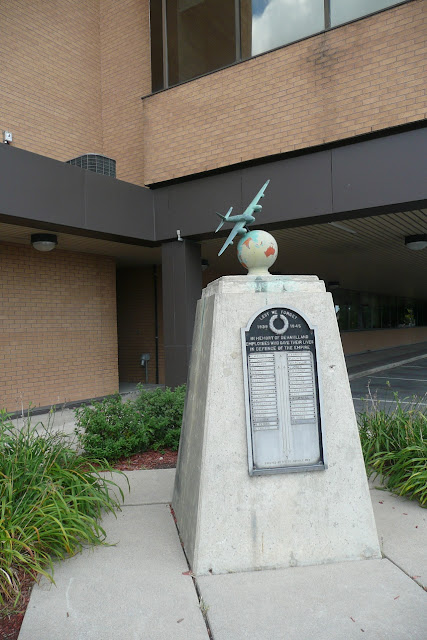 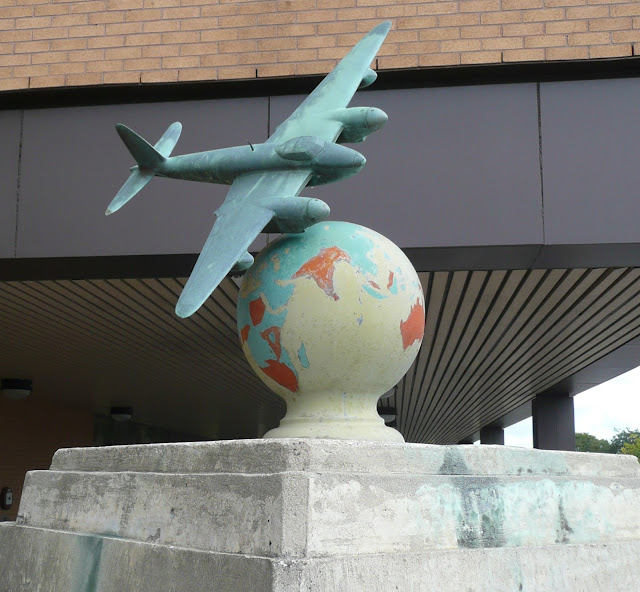 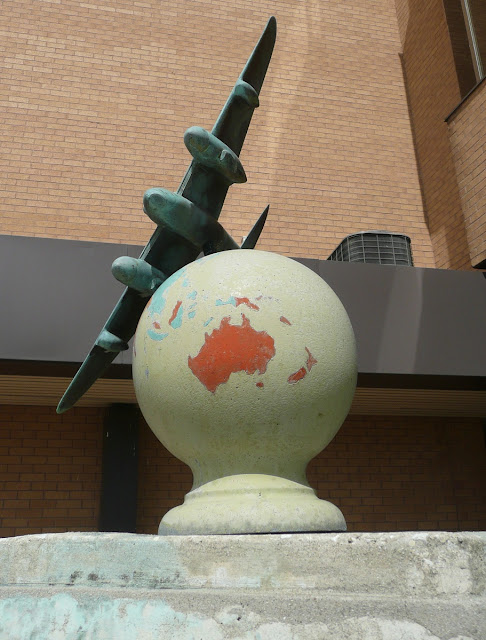 As the orginal story noted, a very nice bronze Mosquito- along with a globe with countries of the British Empire painted in. The cairn appears to be concrete- not stone- but close enough. Below, the names of the people for which the monument was erected including (I expect) the two Baker boys identified in the original story. 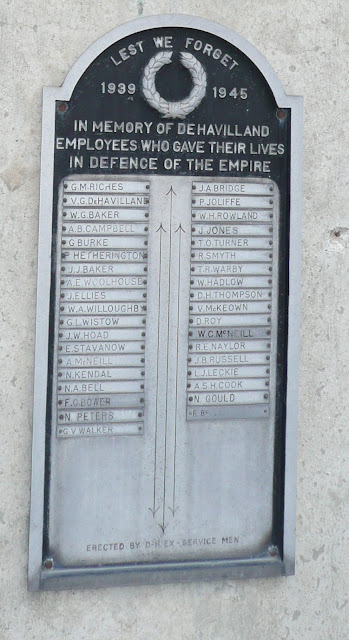