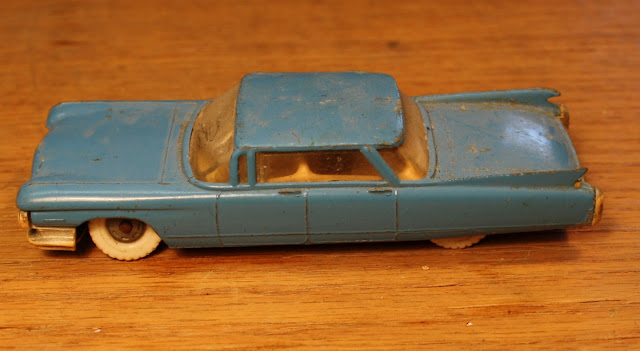 Lone Star was the trademark of Die Cast Machine Tools Ltd., founded in England in 1939 to produce die casting machines.  One of their machines help launch Lesney (Matchbox) toys.  After World War II,   they began to produce their own line of die cast toys.  The Roadmasters series was introduced in 1960.

"In 1983, the DCMT Group went into Receivership, with new owners, Wicke & Co. GmbH (a German Company) taking over. The Green Lanes factory was sold off, and in 1984, the Holloways Lane buildings were demolished. Toys continued to be made through this period, but in 1988, the Great North Road factory closed. Employees were made redundant as production of many items moved to Hong Kong. In 1989, the Great North Road buildings were demolished."
Posted by The Duke at 10:15 AM