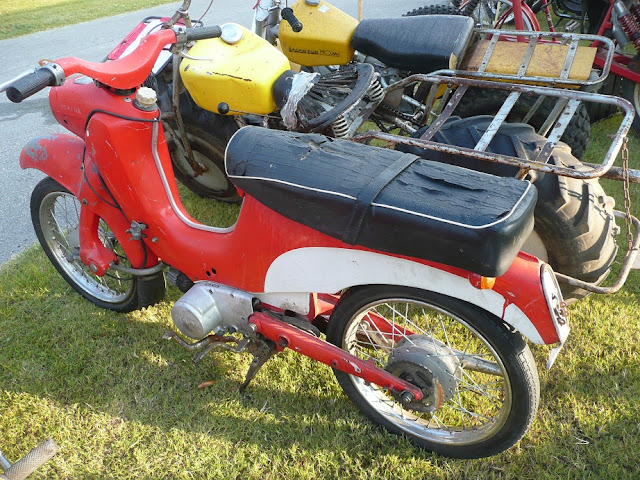 In 1958 Cooper Motors introduced Yamaha to America, offering two bikes- the 50cc MF-1 stepthrough (as shown above) and a 250 twin, the YD-1. Two years later Yamaha International Corporation was importing the Yamaha line to the US, no word on how Cooper felt about this.
"Step Up" in the 1963 YG-1 ad below probably references the popular 50cc stepthrough Honda Cub which was rapidly transforming the motorcycle market. The YG-1's big 80cc motor represents a 60% increase in engine size over the Honda and the rotary disc two stroke is quite advanced for the time. 1963 was also the year that Yamaha introduced the autolube system (no more mixing gas and oil!) though there is no mention of it in the ad. 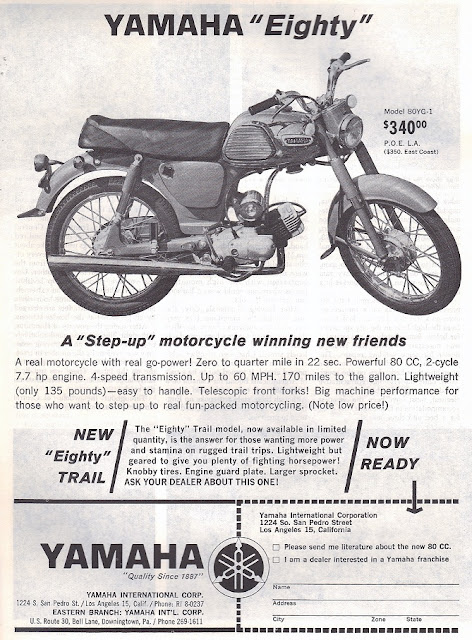