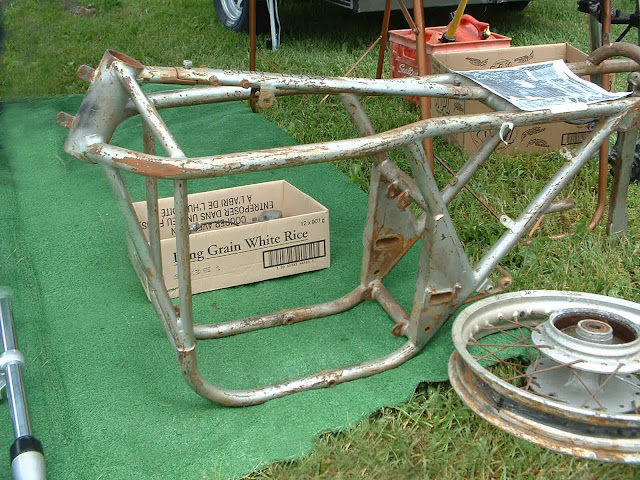 I'm told this is a Colin Lyster frame- for engines unknown. The Rhodesian ex-racer made his name as a  motorcycle innovator in Europe in the sixties, he pioneered the use of hydraulic disc brakes for motorcycles. He went on to design frames for racing motorcycles as well as developing engines to replace the long-in-the-tooth British singles. Below, a nice Norton twin cafe racer. 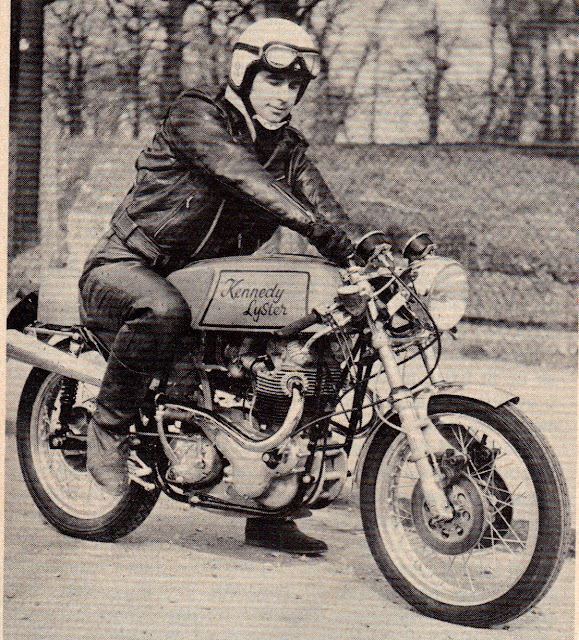 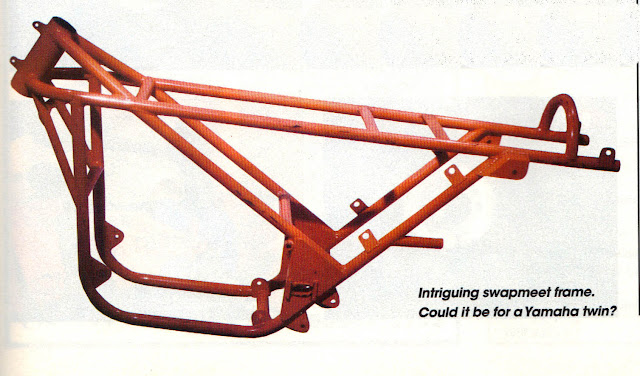 Classic Bike Magazine of July 1999 asks what make of frame this might be. I think the Yamaha 2 stroke twin is a good guess and the details do indicate Lyster.
Posted by Mister G at 7:38 PM

I am the owner of the orange Lyster frame and it was in fact designed for a TD1 Yamaha motor. I have almost completed it for the 2014 racing season.
I wanted to know if the frame at the top is for sale. I am looking for another Lyster frame to build up and this would really fit the bill.
Thank you
Rich
applecityrockers@gmail.com

I spent 23 years working with collin here in New zealand untill his death in 2003.
My metal casting skills were challenged constantly as we developed engines ranging from replica classics ,prototypes, v8,s and restoration components including cyl heads.
Collin was a real master , New Zealand was lucky he settled here

I was Colin's last "apprentice", hard work but worth the experience. NZ was indeed fortunate.

If anyone knows of a Colin Lyster frame available, feel free to Email me with the details.
I'm not a motorcycle aficionado: In fact, I came across Colin Lyster's information while researching details about building a cafe racer as a first motorcycle.
So why do I want one of these frames?
My name is Lyster. My son's name is Colin. True story.
What better way to build a motorcycle than on a Colin Lyster frame?
michaeltlyster@aol.com, if anyone has info. Thanks.