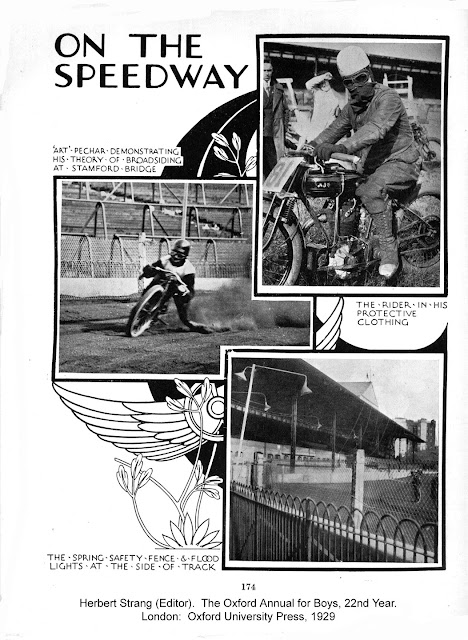 Art Pechar was an American competing at the Stamford Bridge stadium in London, England.

"At his first appearance Art Pechar was to make an attempt on the four lap record, but it looked like his first ride at Stamford Bridge might be his last as he crashed badly into the safety fence coming out of the first turn. But Art slowly and painfully rose to his feat, remounted his machine and flew off from the start. This time his ride was faultless and he broke the track record. From that moment on the Stamford Bridge crowd took him to their hearts and Art Pechar could do no wrong.  Art Pechar's last 1928 appearance at Stamford Bridge came on 22 August when he was presented with a silver cup."
Posted by The Duke at 9:12 AM