From a time when the country was being electrified.  Leave the plough and become a linesman!  When I was in university, I worked summers for the old Ontario Hydro, walking across the province following the high voltage lines.  North of Lake Superior, you could still find the big spud wrenches that these guys had used to put up the towers back in the twenties. 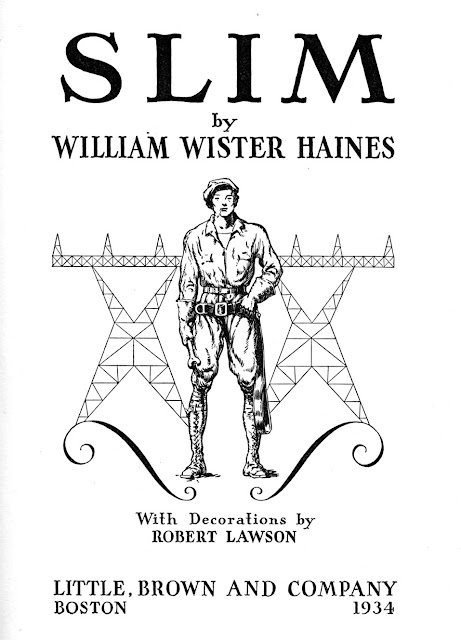 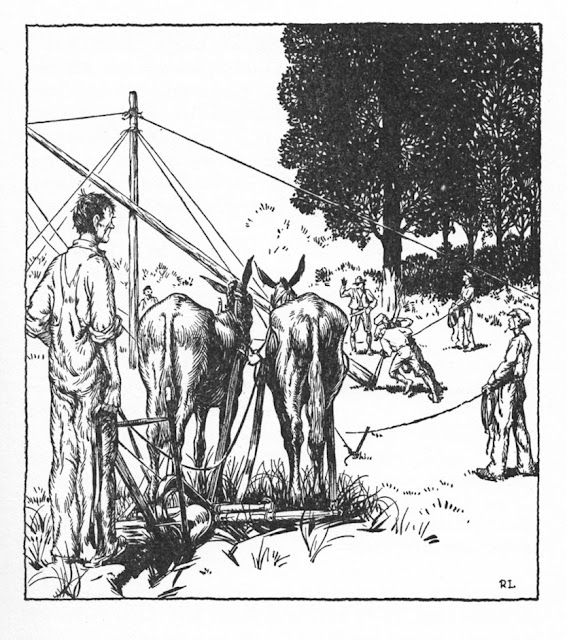 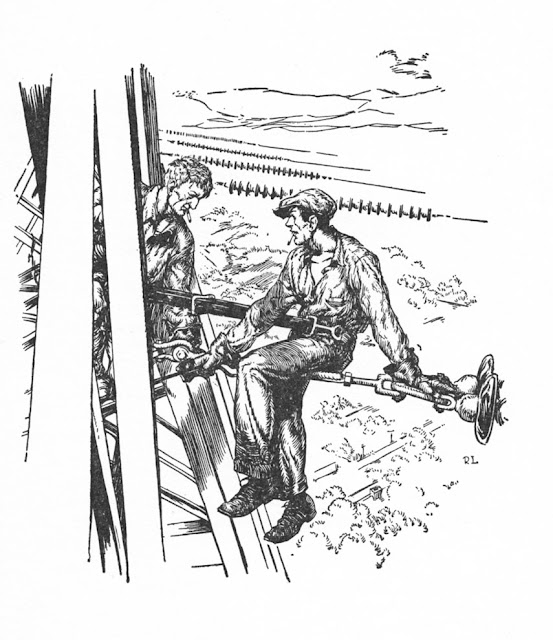 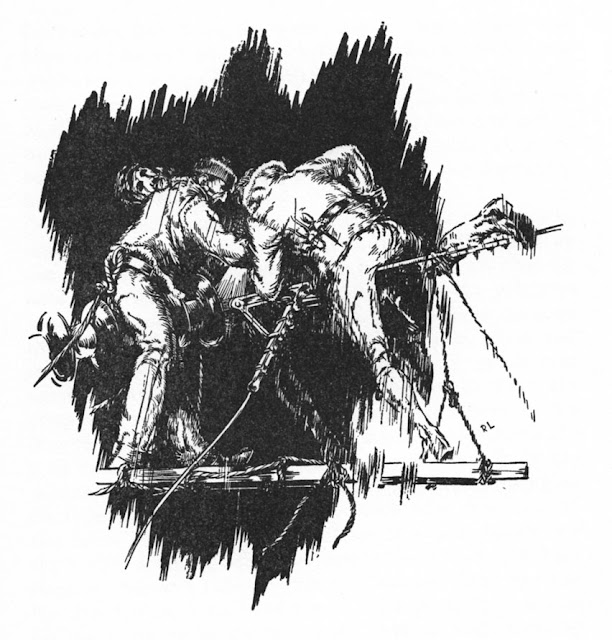 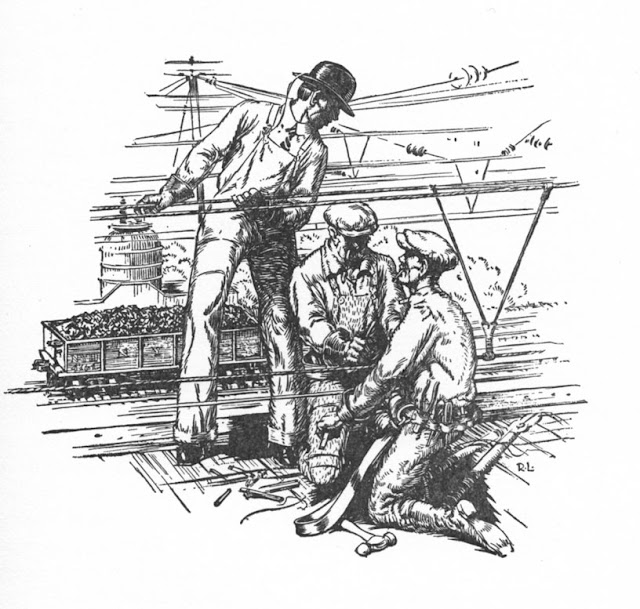 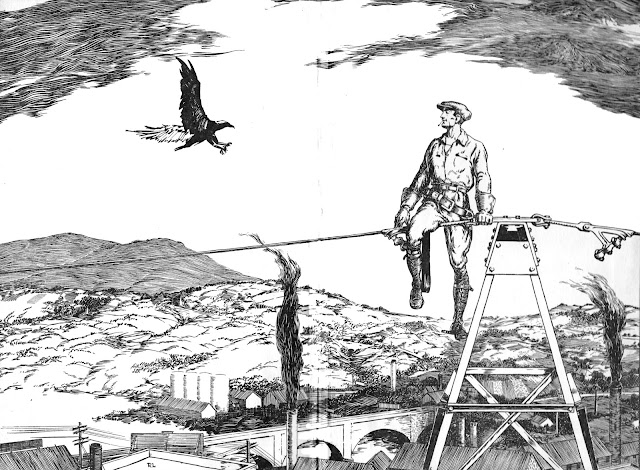 This was William Wister Haines' first novel.  During World War II, he worked on the Ultra project, rising to the rank of Lieutenant Colonel.  His best known work, "Command Decision", was made into a movie starring Clark Gable.

Robert Lawson created whimsical drawings, especially about the disappearing past.  To see more of his work, visit the Illustration Station.
Posted by The Duke at 9:27 AM