Quite a nice little ratcheting tool marked "Socketool."  You move the pin below the plastic handle up or down to change the direction of rotation. 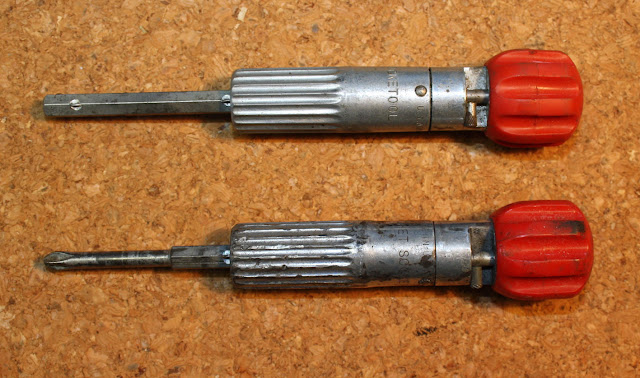 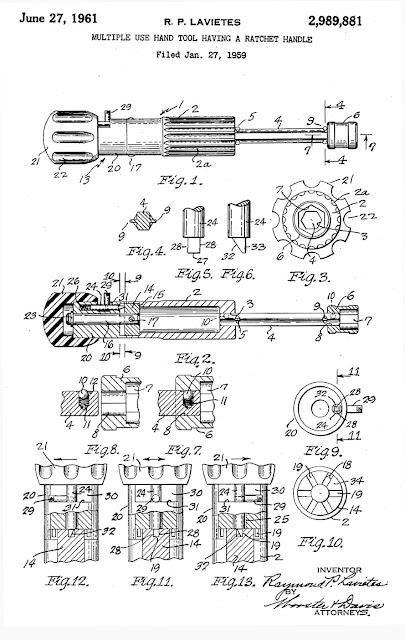 Patented in 1961 by Raymond Lavietes of Woodbridge, Connecticut.  He went on to patent (3799226) a multi-blade tool of similar design in 1972.  Although there's no manufacturer's name on my examples, they seem to have been made by Shelton Products Incorporated of Shelton, Connecticut.  This led me to a March 1965 feature from Popular Mechanics: 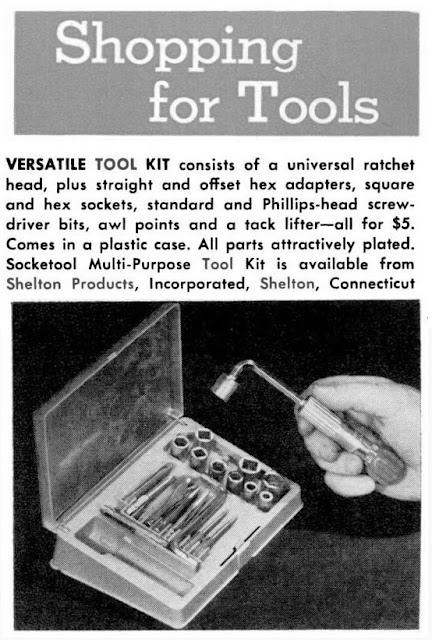 They also made a "Versatool" as shown on this Kijiji ad: 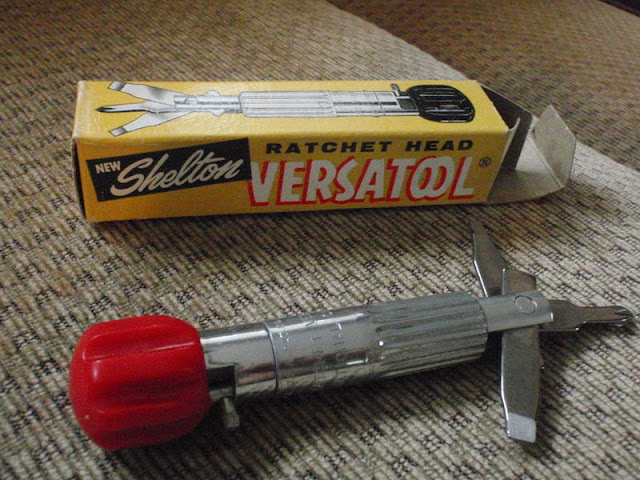 The company has vanished.  The town, though, is remarkable for one thing.  According to Wikipedia:

"Shelton was home to one of the largest arson fires in the United States history. It happened in 1975 when the Sponge Rubber Products plant (formerly owned by B.F. Goodrich) was set on fire. Charles Moeller, president of parent company Grand Sheet Metal Products, was acquitted on arson charges, but in a civil lawsuit, a jury in 1988 ruled the insurer did not have to pay claims on the fire because a preponderance of evidence showed the company's top officials arranged the fire to claim insurance money. Eight others were convicted or pleaded guilty."

This basically killed the rest of the industry in the town.
Posted by The Duke at 6:18 PM

Thank you for the info! I love the obscure rabbit holes I fall into whenever on Google. Even though it's a time thief I indulge myself !!!