Part of an old garage door latch I picked up because I liked the trademark: 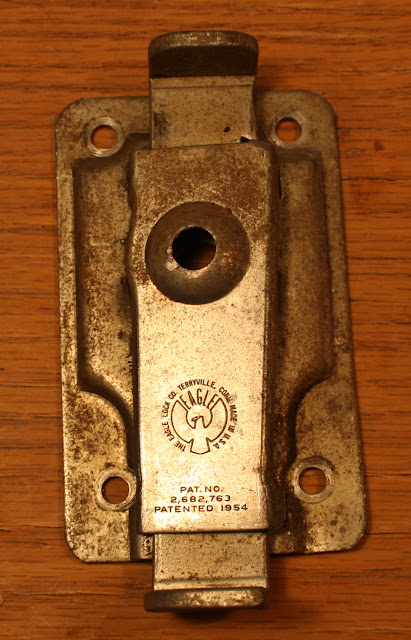 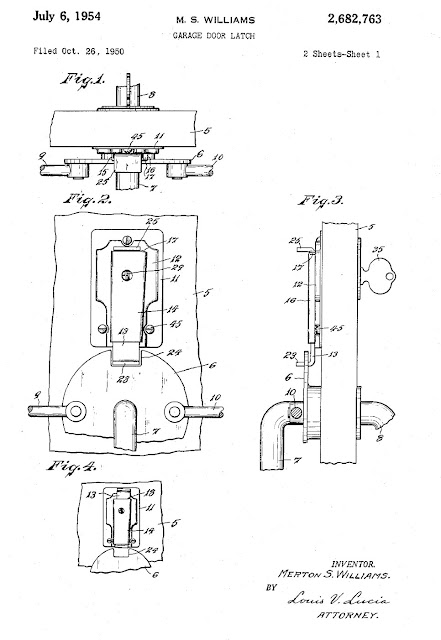 The Eagle Lock Company of Terryville Connecticut dates back to 1833 when Eli Terry, Junior founded the company, incorporating it in 1854.  It became so successful that eventually two dams were constructed on the Pequabuck River to provide power for the factory.  At its peak, it was Terryville's primary industry, employing 1800 people and being recognized as the largest trunk and cabinet lock maker in the world.

Depending on who you believe, the firm closed in 1954 or 1975.  Terryville now boasts two attractions:  the Lock Museum of America, and the Terryville waterwheel--the last original manufacturing waterwheel left in the U.S.  Apparently, the town has been planning a Waterwheel Park, but progress has been slow since so much contaminated soil has had to be removed first.