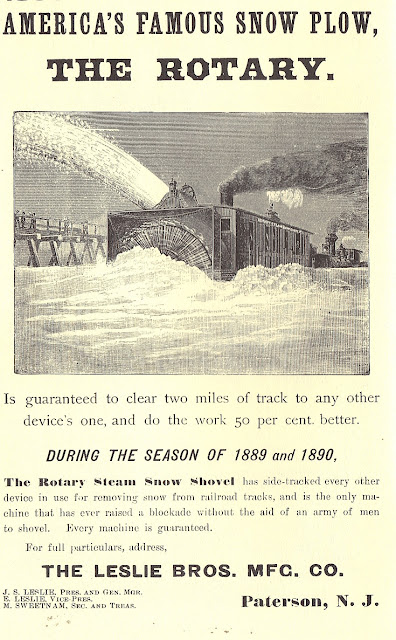 According to  http://en.wikipedia.org/wiki/Rotary_snowplow
The rotary was invented by Toronto, Ontario, dentist J.W. Elliot in 1869, however he never built a working model or prototype. Orange Jull of Orangeville, Ontario, expanded on Elliot's design, building working models he tested with sand. During the winter of 1883-1884, Jull contracted with the Leslie Brothers of Toronto to build a full-size prototype that proved successful. Jull later sold his design rights to Leslie Brothers, who formed the Rotary Steam Shovel Manufacturing Company in Paterson, New Jersey. Leslie Brothers contracted with Cooke Locomotive & Machine Works in Paterson to do the actual construction. Cooke was part of the Alco merger of 1901 and the plant was closed in 1926.
More at Old Time Trains 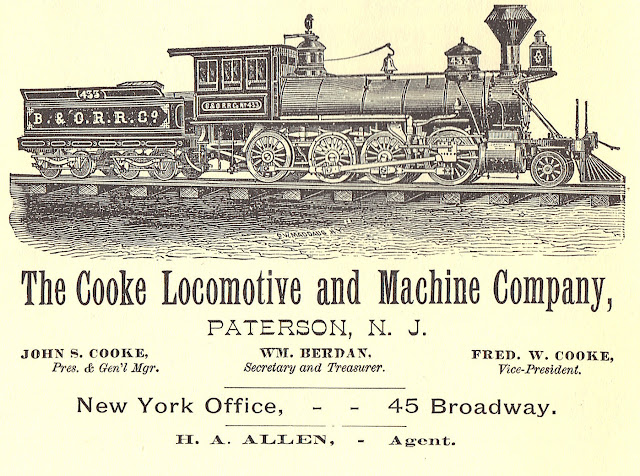