Queen of the Yukon

Visitors to Expo 86 in Vancouver were treated to this exhibition at the Yukon Territory pavilion: 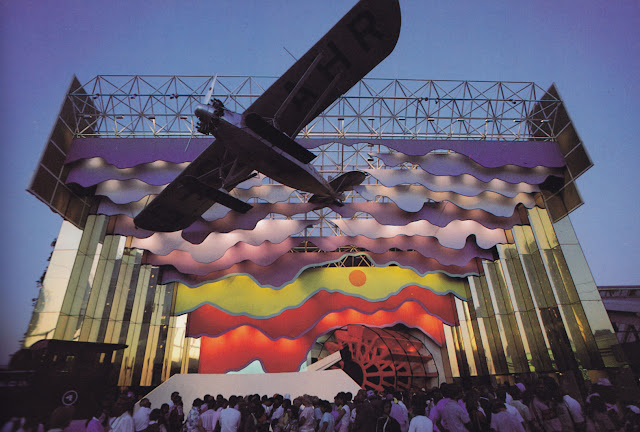 The fledgling Yukon Airways & Exploration Company bought a Ryan Brougham, but 8 months later it was written off in May 1929 when it collided with a Model T Ford truck when landing at Whitehorse.  A second Ryan was acquired in August 1929, but a little over two months later it too crashed, killing the pilot (who became the Yukon's first aviation fatality).  Not surprisingly, the company failed shortly thereafter.
The Queen of the Yukon on display at Expo 86 was a replica commissioned by the Yukon Government for the exposition and built by Ted Turner, a world-renowned harpsichord builder.  It took 9 months to build, and now resides in the Yukon Transportation Museum.

More information on the aircraft is available at Yukon Museums.
Posted by The Duke at 9:24 AM