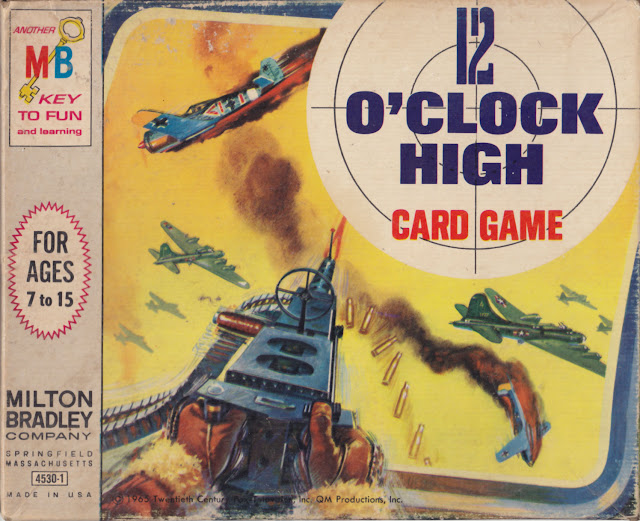 Copyrighted in 1965 by Twentieth Century Fox Television, Inc., the card game was based on the TV series that ran from September 1964 to January 1967, which was in turn based on the motion picture of 1949.  The cards are divided into "Squadrons" (e.g., "Heavy Bombers--Allied," "Ground Support--German") with 4 pictured aircraft per squadron.  The goal is to collect squadrons until all players are out of cards.

Great fun for WWII aviation buffs, even if you're older than 15! 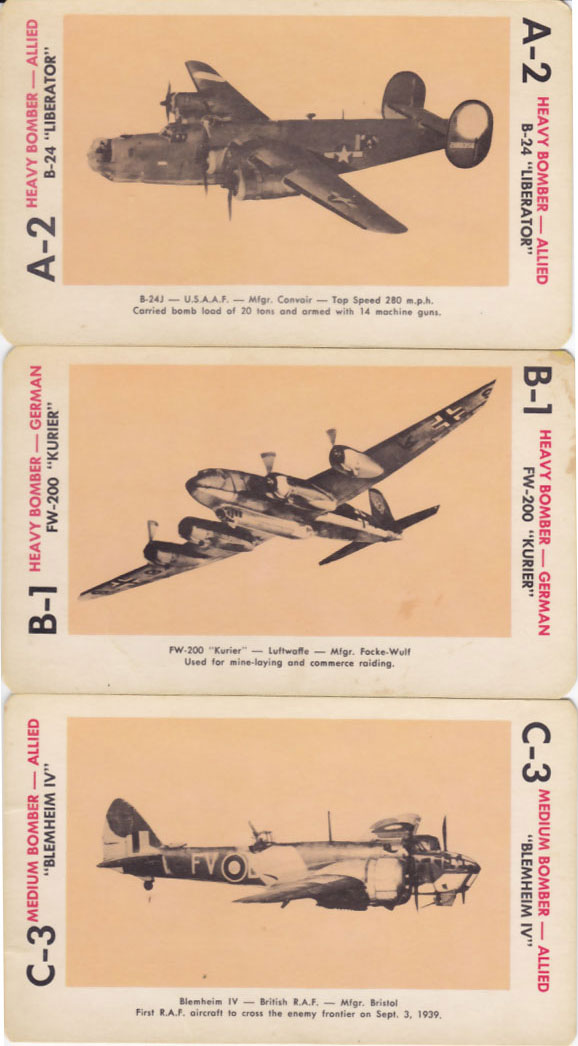 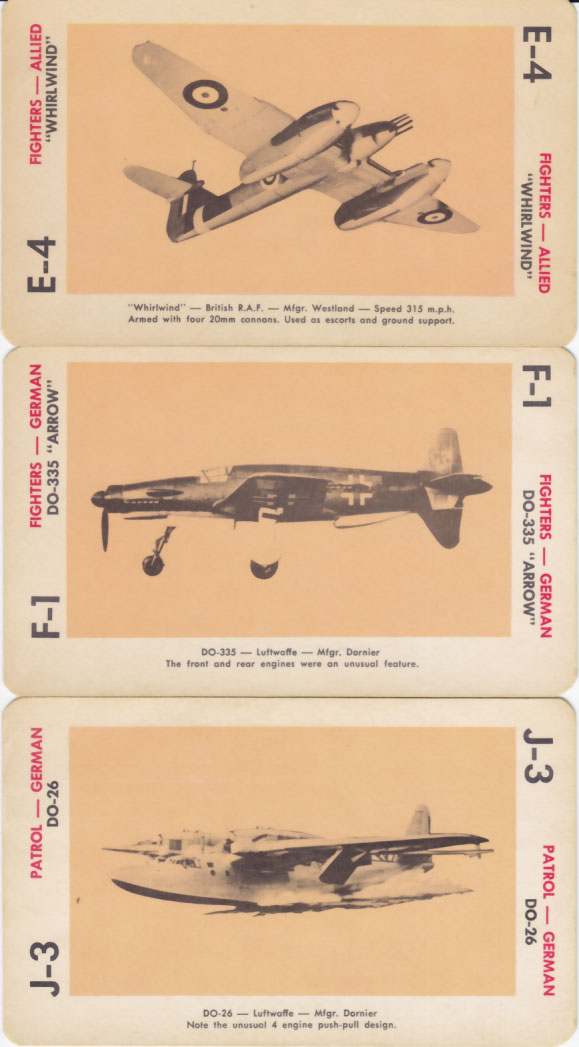