In ancient Sparta, members of a subjugated people called the Helots were sometimes made drunk so that Spartan youth could see firsthand the dangers of  the bottle.  Nice work if you could get it.  Anyway, the idea is that they served as object lessons about activities to avoid.

In 1943, Disney copyrighted "Primitive Pete" who appeared in various books and videos (such as the illustrations below from  ABC's of Hand Tools.  Their Correct Usage and Care.  General Motors Corporation, Detroit.  Reprinted in "What Makes It Tick."  Elementary Information for Automotive Technicians.  Oshawa, Ontario: General Motors Products of Canada, 1940's): 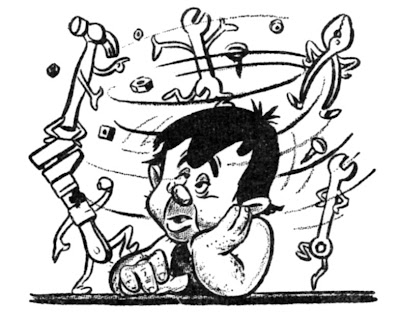 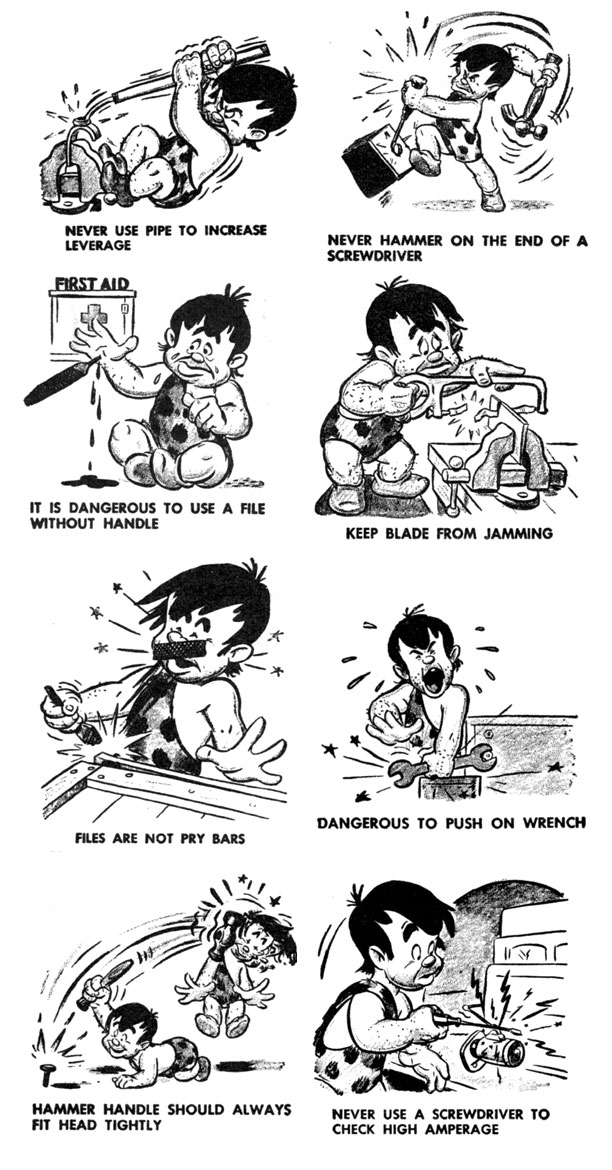 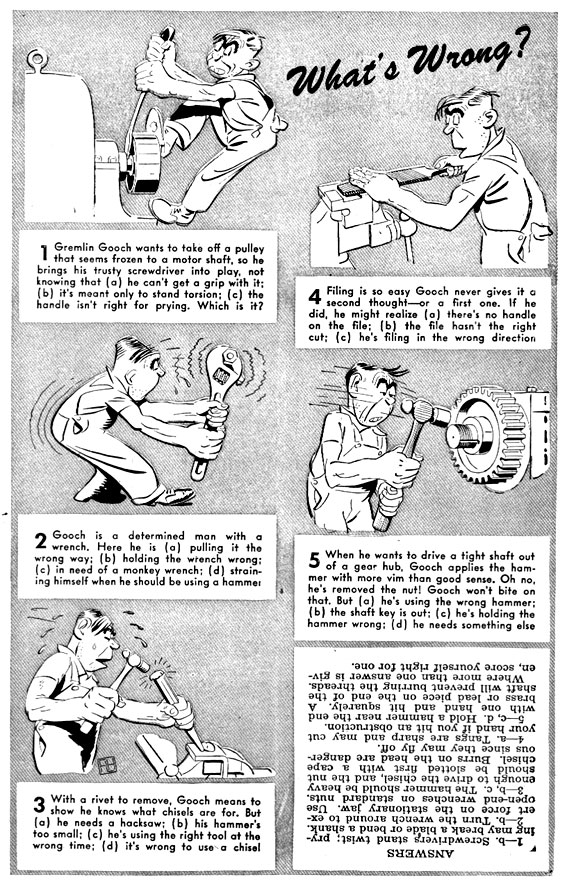 Mister G sent me a pic he found of "Simple Sam": 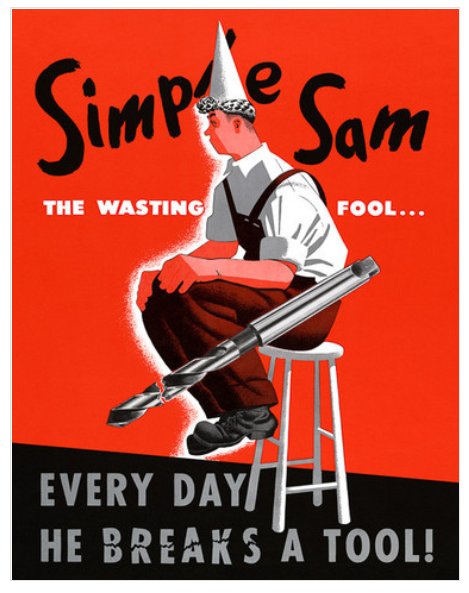 I doubt if you could get away with this today.
Posted by The Duke at 9:54 AM