We used to make things in this country. #37: The Steel Equipment Company, Pembroke, Ontario

I have a lovely old steel wastepaper basket which has a very worn Grand and Toy label on the front.  However, when tipping out its contents recently,  I noticed a label on the bottom:

In the second decade of the last century, steel office furniture was just beginning to replace wooden furniture, for a variety of reasons.  Looking back, here's what the Ottawa Citzen had to say in 1940: 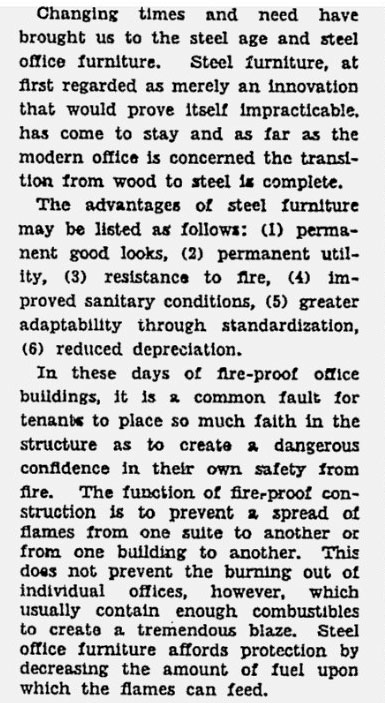 The Steel Equipment Company was founded in 1914 to produce steel furniture, starting with the purchase of the Eclipse Manufacturing Co of Ottawa.  This was moved to Pembroke to take advantage of the new C.P.R. line in the city.  The company quickly became very successful, demonstrating its wares at the British Empire Exhibition in Wembley, England in 1924 and 1925 and ultimately selling to locations all around the globe. 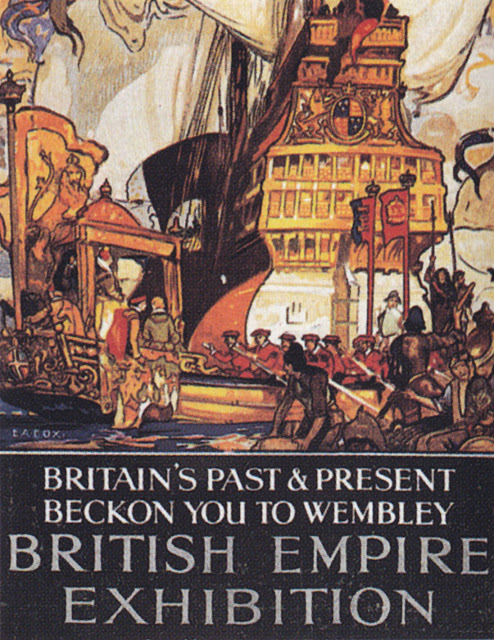 In 1935, the company acquired the entire plant and equipment of the General Fireproof Company of Canada, and moved all of machinery dies, tools and equipment from Toronto to Pembroke.  Even through the depression, the company never closed down, not a mean feat.  By 1940, the plant had grown in size to 81,000 square feet.  In 1940, the Ottawa Citzen described some of the company's operations: Clearly, their products were very well made.  Ironically for a firm whose products were designed to improve fire safety, the company was purchased by the Eddy Match Company in the 1950's.  The new parent company maintained a match factory in Pembroke until 1998, but I don't know if the Steel Equipment Company was able to last that long.
Posted by The Duke at 9:27 AM