A gentleman in Ottawa/Gatineau is selling this machine on Kijiji, and he kindly agreed to let me share his posted information and the photos below.

He writes that this ruling machine used a diamond-point guided by a rail to engrave on the steel plates the parallel lines which made up the background of most Canadian bank notes and postage stamps.  According to Wikisource, "The straight and curved line ruling machine is used in making the background of portraits and vignettes, shade and ruled faces of letters, background of panels, and is capable of ruling three thousand six hundred lines to the inch with great perfection and regularity, but is seldom set as fine as this."  These machines were introduced in the late 1800's, and this particular machine originally belonged to the American Bank Note Company on Wellington Street.  There was still one operator using it when it was finally retired in the late 1990's, replaced by computerized technology.  (The operator also needed police protection at one point in his career, when a money forging ring threatened to kidnap him!)  The detail produced on notes by steel engraving was very hard for forgers to reproduce.  See my earlier post, Find the Counterfeit. 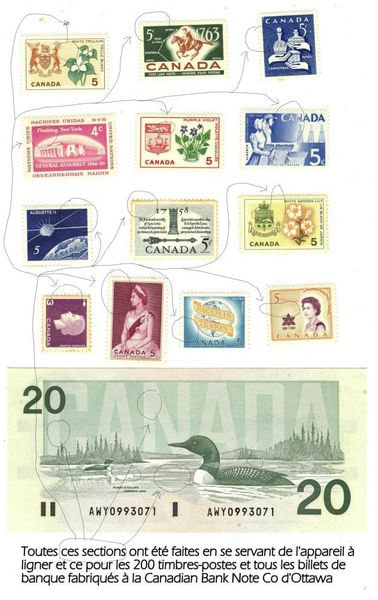 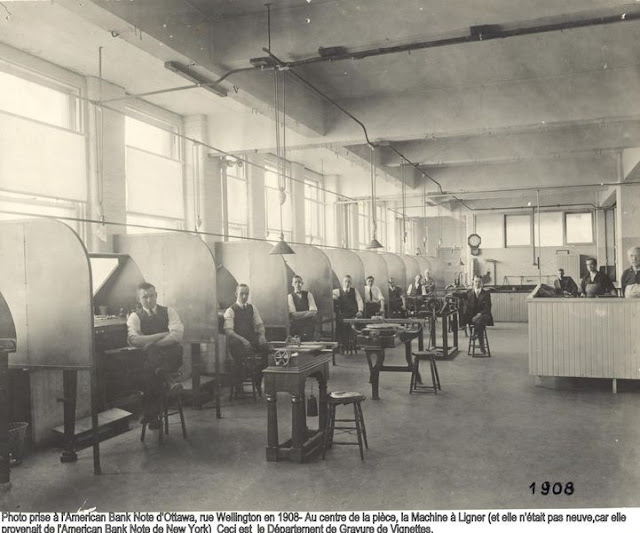