The art of the wheelwright 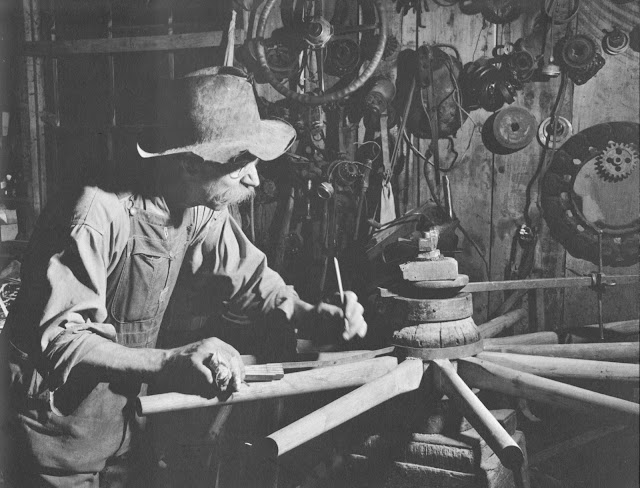 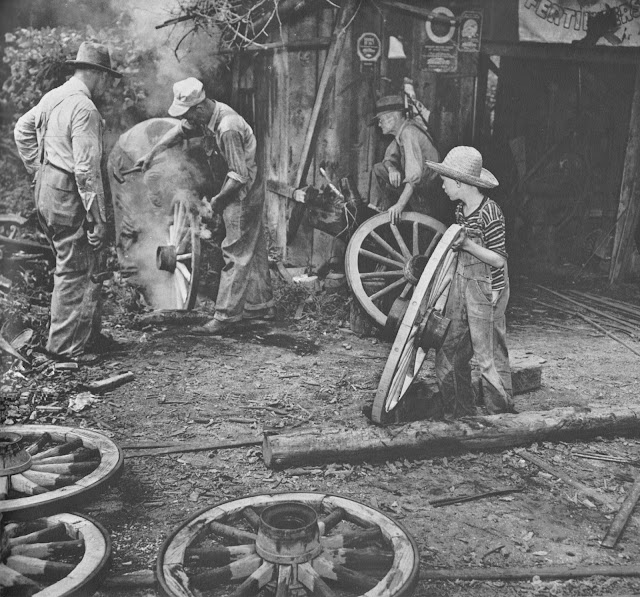 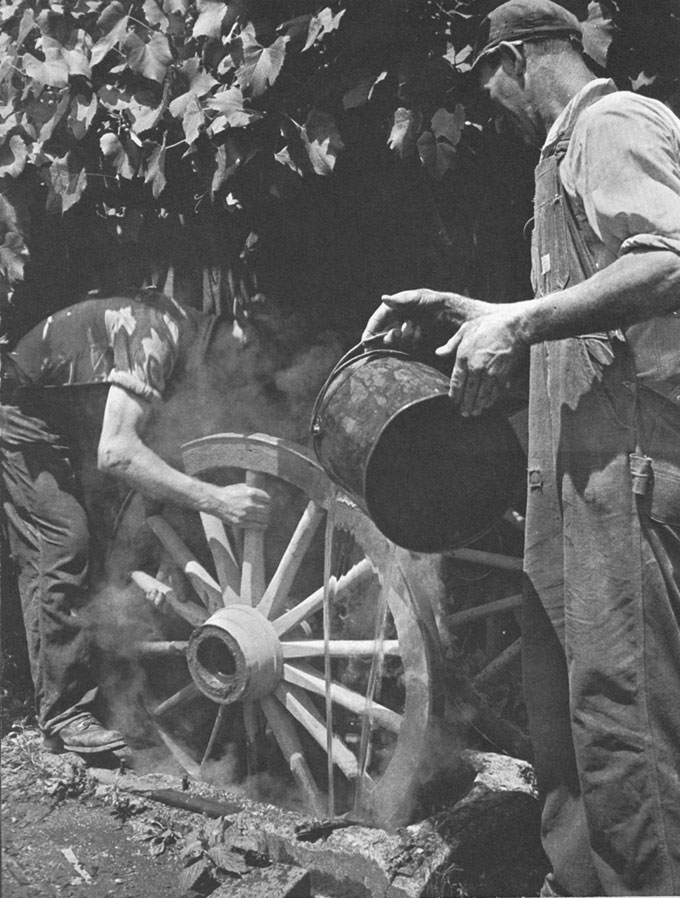 From Back Home by Joe Clark HBSS. Privately printed for the Tennessee Squire Association, 1965.

I found this book last week in an Ottawa thrift store, and I was struck by both the photos and the verse.

Joe Clark was born in Tennessee, concluding his formal education in Grade Four after accidentally burning his school down.  He eventually moved to Detroit and took up photography, returning to Tennessee during the Great Depression to document a passing way of life.  As a result, he put his name in the Detroit phone directory with "HBSS" after it--his moniker, the "Hill Billy Snap Shooter."  His photos eventually appeared in such presitigious publications as Life magazine.  His photos of life in Lynchburg, Tennessee included images of the Jack Daniels distillery, which the company began using in its advertising and which are credited with moving its product from a small local concern to the number one selling whiskey in the world.

The University of North Texas now holds the complete collection of his photographic works, along with those of his son "June Bug."