The Henry B. Smith, Big Storm on the Great Lakes 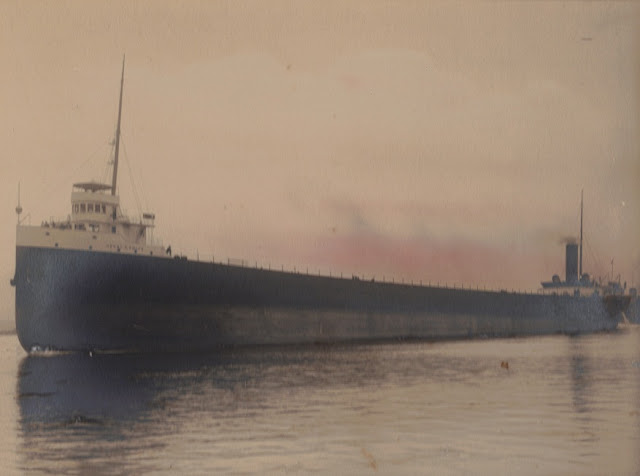 The iron ore carrier Henry B. Smith left Marquette Michigan at 6:30 pm, November 9 1913 loaded with 11,000 tons of ore, headed into a growing storm. The ship had suffered misfortune and delays all year and her captain James Owen was under pressure from the owners to bring the ship home on time. This trip had been delayed by a gale causing the ship to arrive in Marquette several days late. Trying to make up time, the captain demanded to be loaded immediately and 2 days later, the ship left harbour as soon as the last ore car had been emptied into her hold. The crew had not even battened the 32 hatches properly. For about twenty minutes the ship could be seen battling the storm before disappearing into the snow and darkness. It was was never seen again.
When the storm blew out two days later wreckage from the ship was found along the shore and only two bodies of the twenty five crew members were eventually found. The wrecked ship has never been located.
The Henry B. Smith was only seven years old, built in Lorain, Ohio for the Acme Transit Co. in 1906. It was one of the largest lakers of the time at 525 feet long, 55 feet wide and drawing 30 feet.
The great storm of 1913 claimed 12 ships and over 250 lives. 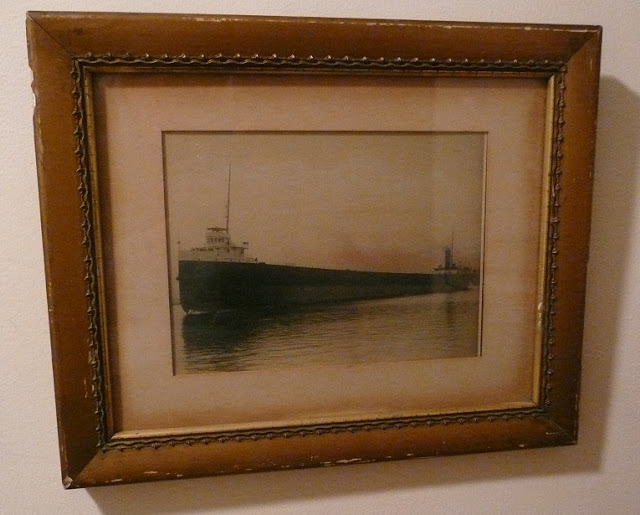 I think the picture looks better in the period frame.
Posted by Mister G at 11:50 PM