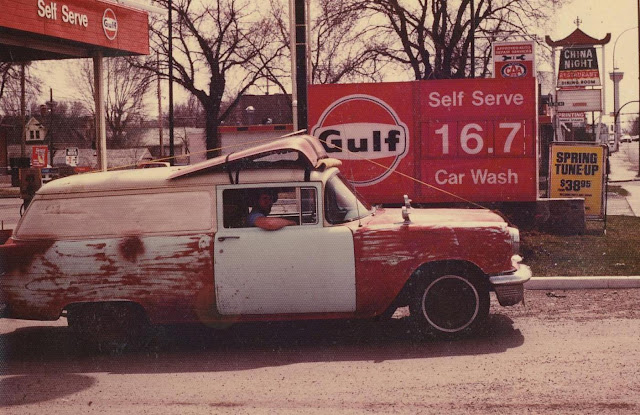 Topping up in Calgary (wish the tank was larger!) 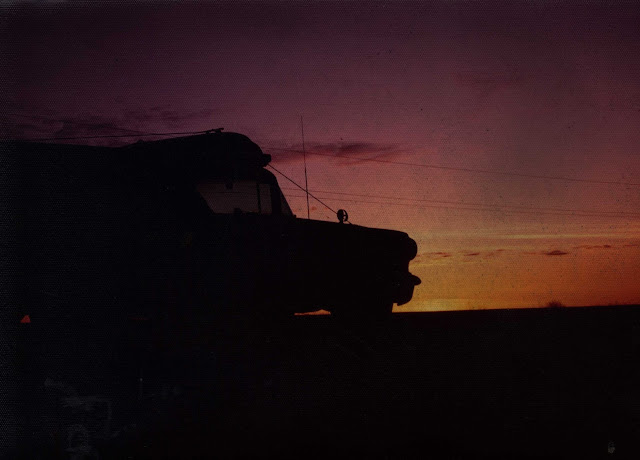 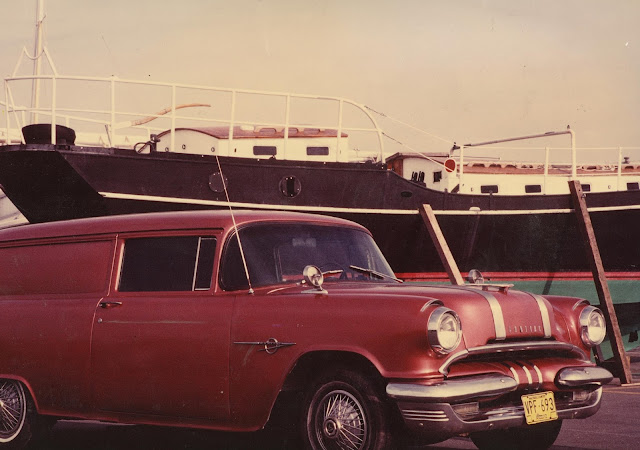 Back in May of 1979, we made a weekend trip to Calgary and by luck came home with this car. It was slightly hotrodded with a worn 4 barrel 350 4 barrel and Turbo Hydramatic. The exterior would have been classed as a rat rod these days, the interior was largely removed. It had little rust on it and apparently had been found neglected in the back end of a farmers property while landing a plane at Edmonton airport.
We drove it straight back to Kingston Ontario nonstop with an extra hood strapped to the roof. I drove it for 6 or 7 years during which time I stripped it down and painted it the GM copper colour, discovered that the 1955 drum brakes were barely adequate, changed back to the 261 six cylinder and added a 3 speed standard overdrive transmission. At that point it needed a thorough renovation/ overhaul. A change in life made me realize I would probably never get to it and I sold it as a project in the early nineties. The new owner told me he was going to change it back to a Chev! They were basically the same car, the front clip, dashboard and tail lights were the big differences. I hope he didn't, there were apparently only about 800 built. I miss that car! 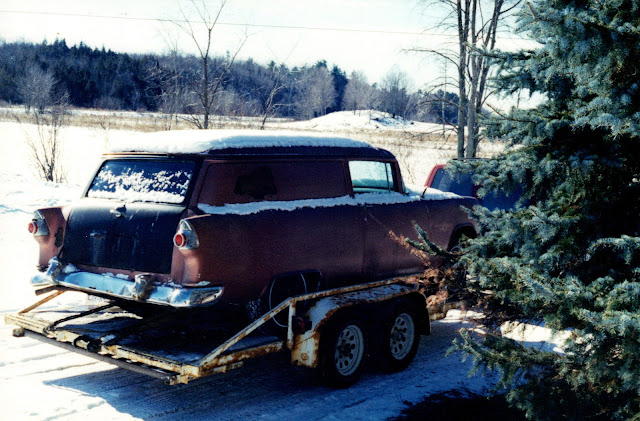