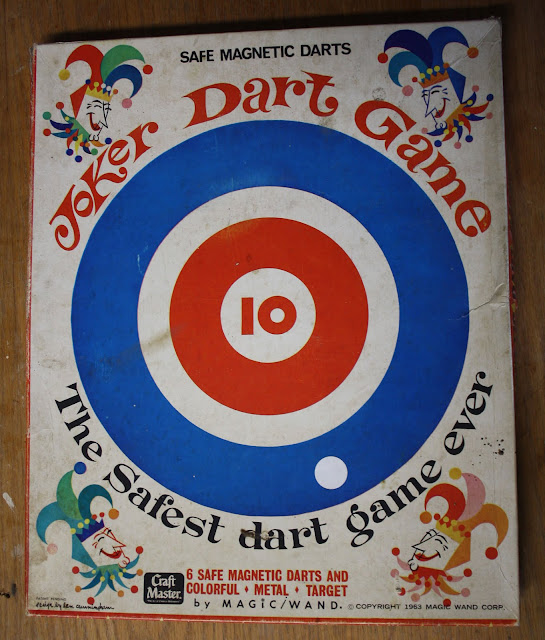 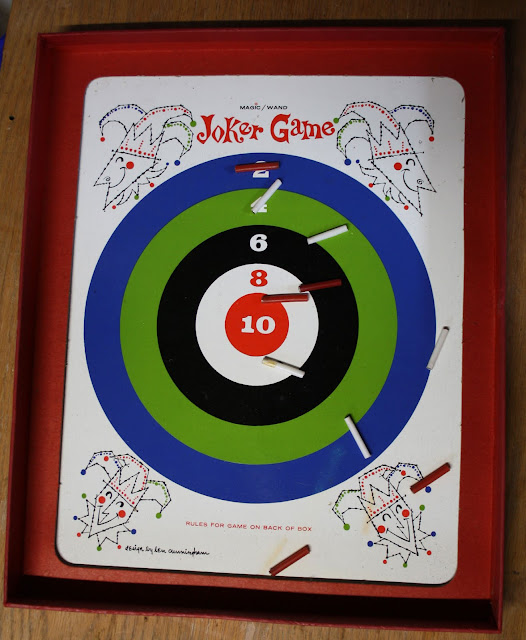 Leonard Cunningham was awarded a U.S. patent for this game in 1964, which he assigned to the Magic Wand Corporation of Charlestown, Massachusetts.  About ten years before, he had patented a device for testing the strength of welds to determine the qualification of welders.  Seems his career took a different path. At least he got his name on the box: 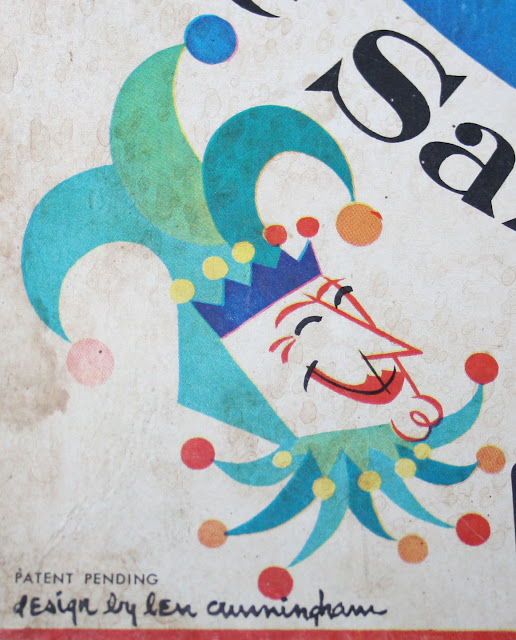 The Magic Wand Corporation seems to have specialized in games of this sort: 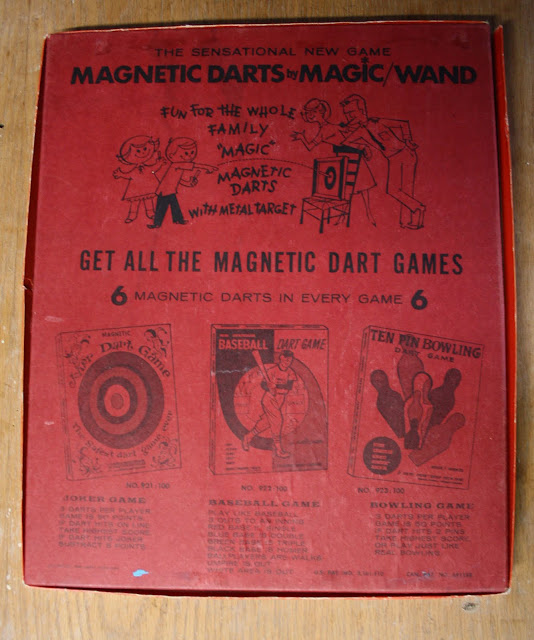 Dad with his pipe watches the kids enjoying "the sensational new game."  Amazing to consider the simple things that amused us back then.  "The safest dart game ever."

The original darts had soft foam bodies which had disintegrated, so I replaced them with light plastic tubes with rare earth magnets at one end. With the kind of advertising above, I was expecting a sensational experience when I tried the game for the first time.  I was in for a disappointment.  At least compared to lawn darts.  Now there's an exiting game, combining hand-eye coordination with the very real risk of gruesome injury to other players or onlookers! Sadly, since 1989, it is illegal in Canada to sell lawn darts, or even give them away.  Party poopers!  So, back to the Joker Dart Game, and "the art of creative relaxation." 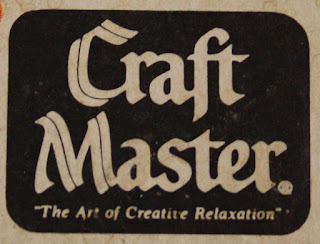