Although the 4-4-0 wheel arrangement became the dominant North American locomotive by the 1870s, trains drew heavier and by the beginning of the 20th Century they were being replaced by larger, more powerful types. This one, built by Baldwin, was the end of the line- at least 30 years too late, no word why this wheel arragement was chosen. However, it still had a reasonably long life, being scrapped in 1953. 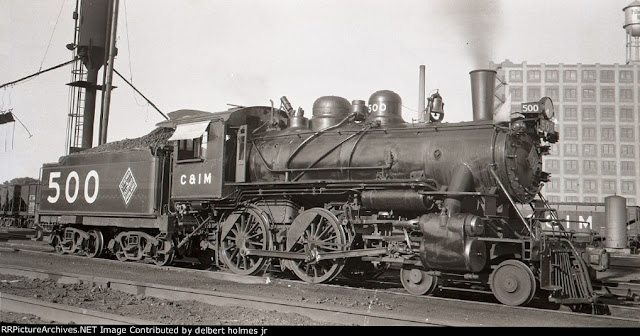 Here is a much better picture of No. 500, showing its quite modern and stocky appearance.
Posted by Mister G at 9:36 PM