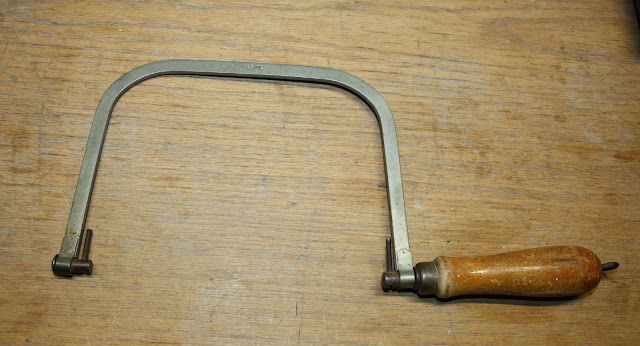 A coping saw I picked up last week.  Turns out Lakeside was a store brand of Montgomery Ward, used on their high quality tools as early as 1916.

There was also a Lakeside Saw & Tool Co. out of a location in Chicago that was also a Montgomery Ward catalogue house. Several sources suggest that this company was ultimately bought by MW around 1920 and renamed Lakeside Forge.  See:

Below, two Lakeside products advertised in a 1920 MW catalogue. Lakeside clearly made coping saws (although mine is not the fancy "ball bearing" type shown here): 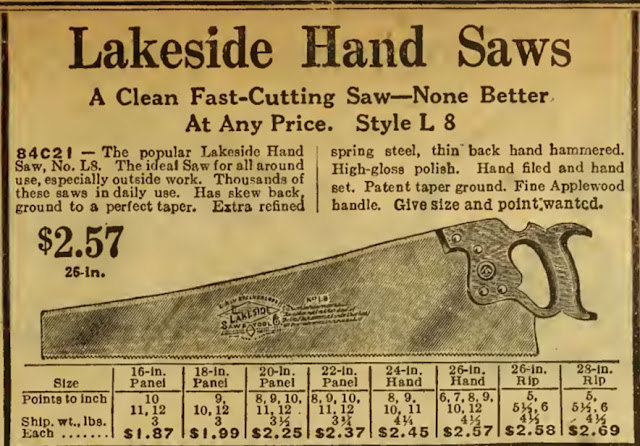 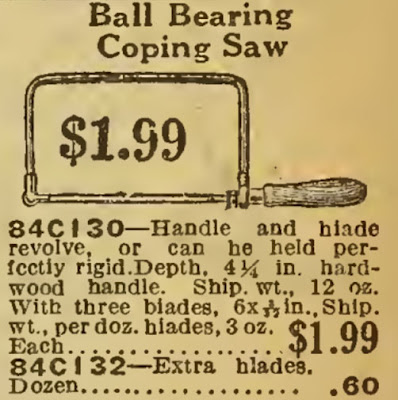 In any event, the Lakeside name eventually gave way to the "Master Quality" brand as MW's premier offering.
Posted by The Duke at 9:11 AM