We used to make things in this country. # 260: McGraw-Edison (Canada) Ltd., Oakville, Ontario 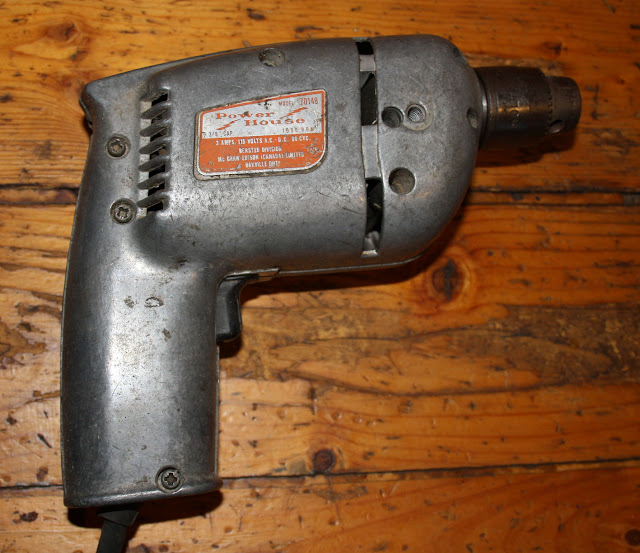 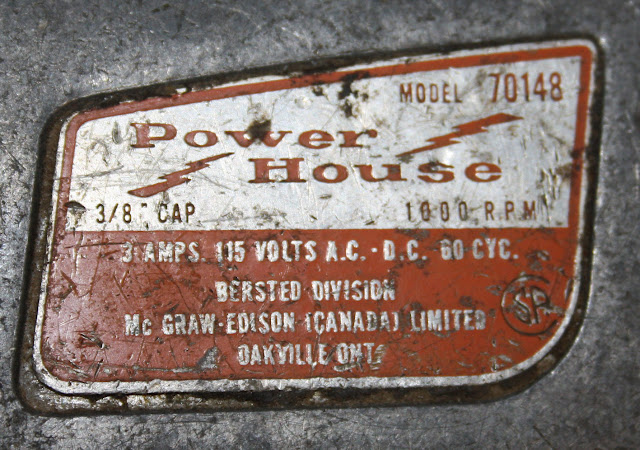 My McGraw-Edison "Power House" 1/4" electric drill.  It's a rather ugly, snub-nosed tool, but it still works well.

McGraw-Edison Co. was created by the 1957 acquisition by McGraw Electric Co. (founded by Max McGraw in 1900) of Thomas A. Edison Industries (founded in 1911).

McGraw-Edison's Oakville, Ontario location also made "Toastmaster" electric kitchen products.
Posted by The Duke at 8:23 AM

Does anyone know where I might find parts for my Macgraw Edison model 76100-a. I need any attachments and blades made for this tool.