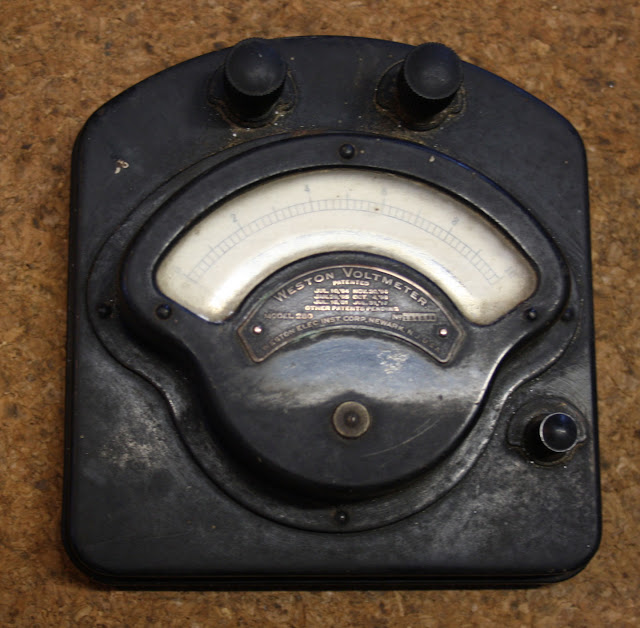 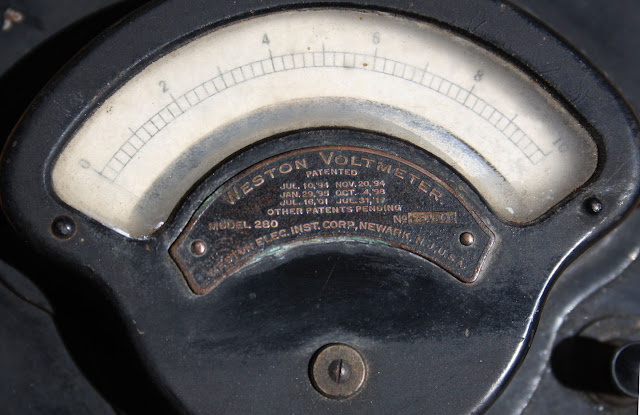 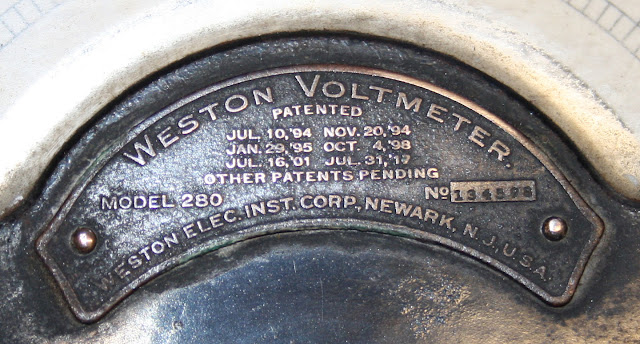 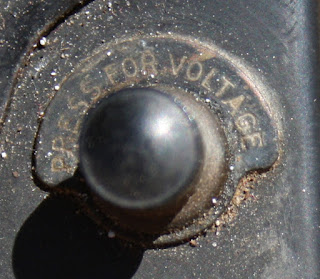 Whilst out for a ride last week, I found this old voltmeter in a pile of free stuff at the end of a laneway.  (The pile had other treasures, including a beautiful 4-inch steel rule from Moore & Wright!):

Anyway, I hadn't previously encountered the Weston Electric Instrument Corporation of Newark, New Jersey.  Edward Weston was an amazing man.  Born in England in 1850, he attended medical school before becoming a chemist.  He emigrated to the US and began to really amp up his patents in the infant field of electricity, eventually receiving 334 patents and becoming a serious rival of Thomas Edison.  According to Weston:  The Company and The Man:

Edward Weston helped revolutionize the measurement of electricity. In 1886 he developed a practical precision, direct reading, portable instrument to accurately measure electrical current, a device which became the basis for the voltmeter, ammeter and watt meter. Oh, and in his spare time, he later produced the world's best exposure meters!

He founded the Weston Electrical Instrument Company in 1888, which eventually became one of the largest manufacturers of electrical meters in the U.S.  From what I've read, all of their offerings were well designed and well made. The company was bought by Daystrom in 1954, with all subsequent products being labelled "Daystom Weston."   Today, the Weston Museum celebrates his legacy.

The Model 280 I found was introduced in 1916 for use in testing early automobile electrical systems.  Interesting that it only measured to 10 volts, presumably because a lot of American cars used 6-volt systems up until the mid- to late-1950's.  My meter no longer works, but it's still very cool!

I even stumbled across a blog for folks interested in old meters: Steve's Antique Technology.
Posted by The Duke at 7:35 AM