I found these old sheets of Braille at a flea market in Sharbot Lake this weekend: 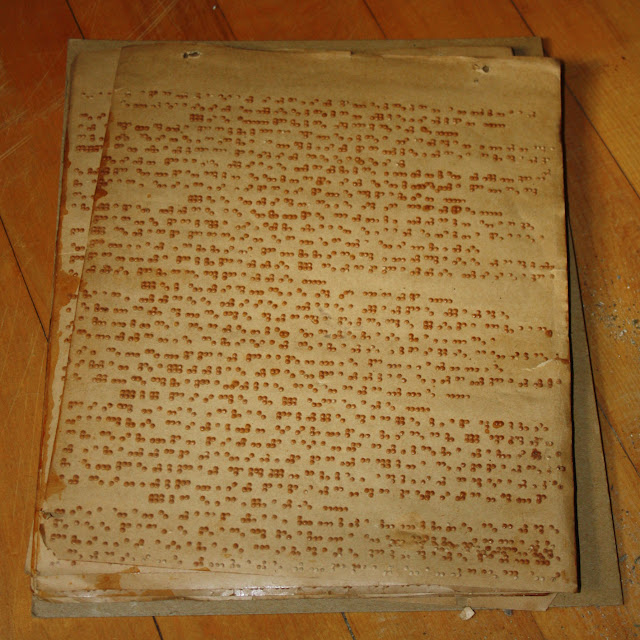 The guy who operates the flea market is a very interesting character, and simply gives away any books he comes by because he has discovered that no one buys books anymore, and he can't bear to take them to a landfill site.  So, I loaded up (filled both of the motorcycle's saddlebags, and many new pics will be appearing on this blog as a result!)

The history of Braille is fascinating, representing a unique historical intersection of a young man, Louis Braille (who lost the use of one eye at age 3 while playing with his saddlemaker father's tools, and then lost his sight completely to infection) and Charles Barbier de la Serre, an artilleryman who had developed a dot-and-dash writing system called "night writing" that could be used to communicate information without the use of a light (which could betray the position of a gun to the enemy).  Braille eventually improved this system, basing it on a six-dot cell, and unveiling it in October 1824 when he was just 15 years old.  The rest is history.  (Read the full fascinating story at How Braille Began.)
Posted by The Duke at 6:35 PM