I rescued this from a dump near my parents' cottage in the Muskokas some years ago: 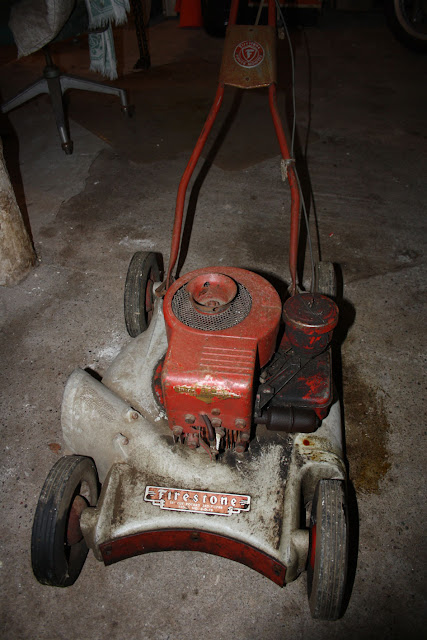 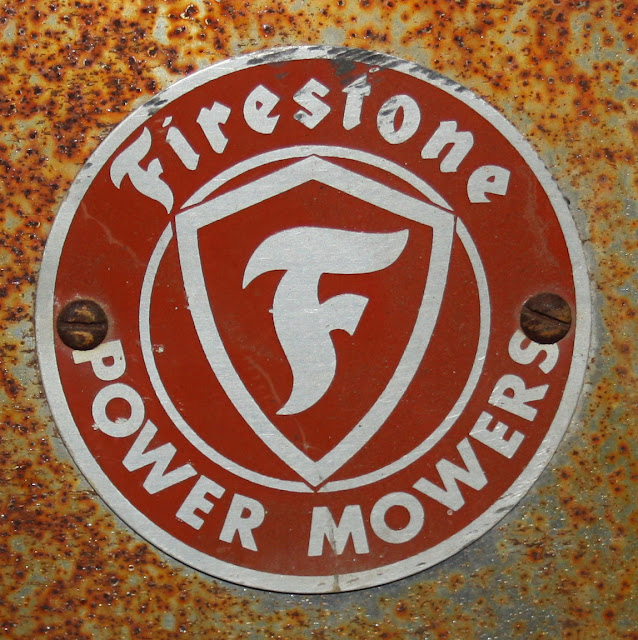 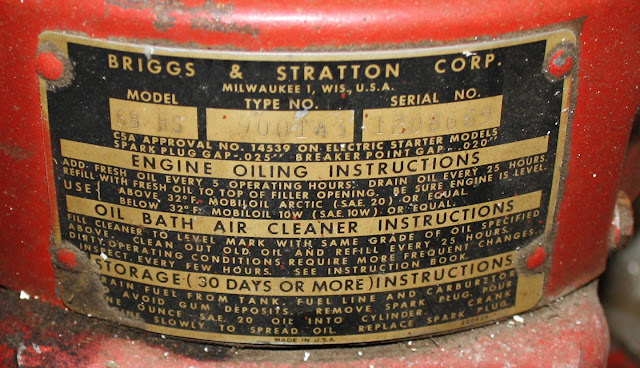 Firestone is, of course, best know for its tires.  Harvey Firestone's distant relatives had emigrated to the U.S. from France, and the original family name "Feuerstein" had been anglicized to "Firestone." He went on to make a fortune in the tire business.  Below, from a book of matches, when tomorrow will apparently be better than best:

The mower has a cast aluminum body and a Briggs & Stratton engine.  According to Smokstak, it's quite rare.  Several forum members contributed information to someone else's query.  One person referred to  Lawn Mowers 1948 - 1962 compiled by Alan C. King, reporting that there was no reference to Firestone mowers included in the 82 companies and 255 mowers listed.  Another person explained how, back in the day, there were a number of companies making such equipment that were quite happy to re-badge them for big retail outlets, often even when the overall order was small.  Anyway, the consensus seems to be that Firestone lawnmowers like this were like from the 1950's.  (As an aside, someone else posted a great link for antique Briggs & Stratton manuals.  Kudos to Briggs & Stratton for offering this service!)

To come full circle, a related story.  In A Funny Thing Happened on the Way to the Moon, a book of humorous incidents associated with NASA's early space program compiled by Bob Ward (Fawcett Publications Inc., 1969),  the author tells the story about how one of the German scientists went into town to try to get a new flint for his cigarette lighter.  Having limited English, he could only give the German word for this item:  Feuerstein.  He was taken to the tire department.
Posted by The Duke at 11:15 PM

The specs of this mower are really tempting. Where could I get this? I mean I understand it is a rare piece but still, there would be somewhere I could get this mower?

I found a Firestone aluminum mower deck in a scrap pile buried. Just found it and in process of cleaning it to find serial number. Could it be worth anything.

Sadly I don't think many are collecting lawnmowers...