The Osborn Engineering Company built motorcycles from 1901- 1954. They used a variety of engines over the years and in 1927 built bikes with the first duplex steering system as highlighted in this ad.
During WW2 they ceased building motorcycles to concentrate on military contracts. They resumed after the war with a couple of lightweights. These were not successful and the factory closed in 1954. 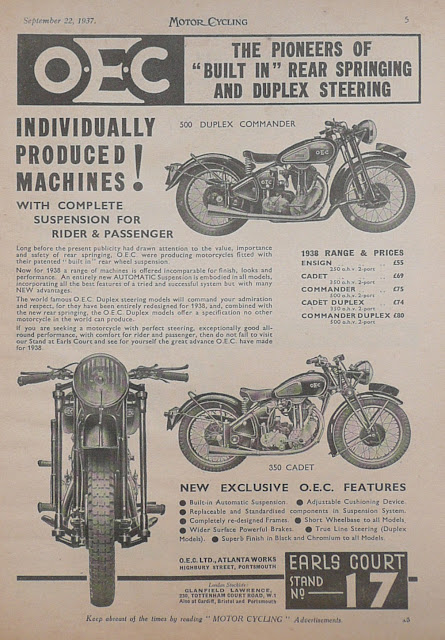 Interesting to see that the OEC was located on the southern coast of England at Portsmouth - OEC must have been one of the few English motorcycle manufacturers not to have their factory located in the Midlands.

It's notable that the further a manufacturer was from Birmingham the less conventional their output. OEC on the south coast, Panther and Scott in Yorkshire all ploughed their own furrow.