In my ongoing battle with the Canada Thistle (also called "Lettuce from Hell Thistle" and, by the way, actually introduced first in the United States, not Canada), the only weapon I have found that really works is a manual weed root cutter.  I found the one below recently at a thrift shop:

The area near what is now Oakland, Maine is situated around the Messalonskee Stream, which drains the entire Belgrade Lakes chain.  This offered the advantage of falling 120 feet, so industry quickly began to form along side of it beginning with gristmills and sawmills as early as 1790.  According to the Davistown museum website, industries that flourished and died along the stream included tanneries, furniture and carriage shops, iron foundries, machine shops, boat and casket makers, shingle mills, tool handles, and perhaps most importantly, edge tool manufacturers and woolen mills.  Eventually, there were four dams on the river.  The edge tools, axes, scythes, sickles, etc. were first produced in the 1830's at the last dam near the cascade. The edge tool business blossomed at various sites along the stream during the second half of the 1800's and Oakland became the ax and scythe capital of New England, if not the United States.  One of the companies was the Dunn Edge Tool Company, which seems to have started in 1832 (or 1837, although perhaps 1879).  At its peak, it was producing 180,000 scythes and 120,000 axes per year.  In fact, it produced more scythes than any other factory in the world. Around 1904, it became the North Wayne Tool Company, a manufacturer of agricultural edge tools and whose products included bread knives, corn hooks, hay knives, dibbles, weeders and hoes, some under the "Little Giant" brand name. The company survived several fires (an occupational hazard in this industry) but finally succumbed in 1967 or 1969.

The following photos are taken from Rootsweb, and that webpage has many other fascinating photos of the edge tool manufacturing concerns of the day: 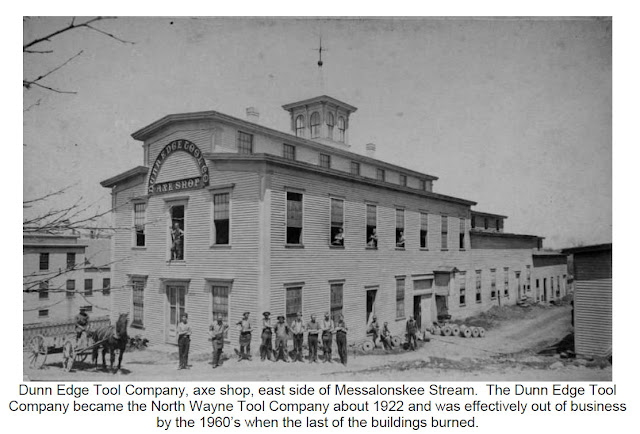 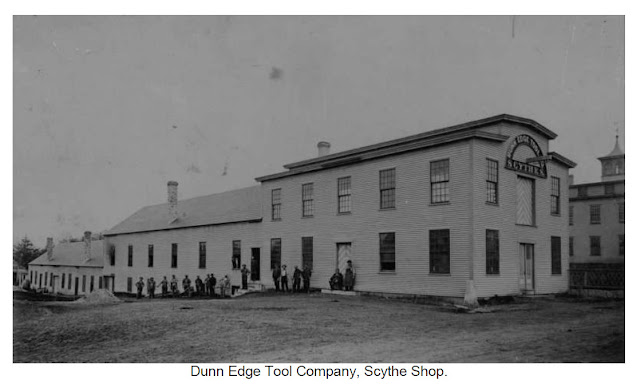 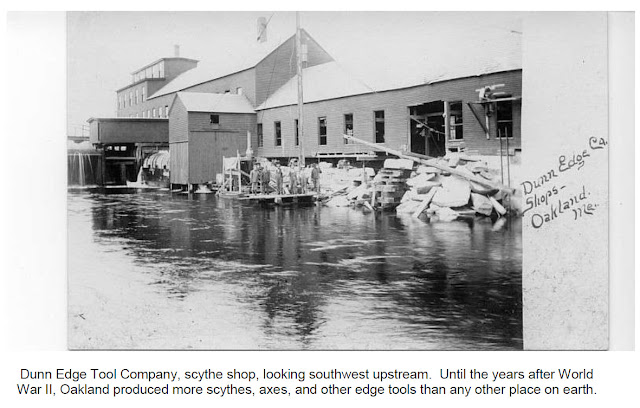 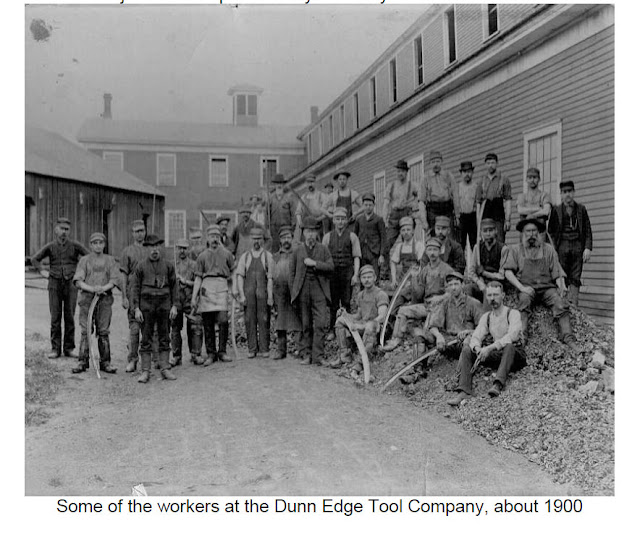 Below, a newspaper article from the Lewiston Evening Journal of April 23, 1898 that gives insight into what it was like to make these tools back then: 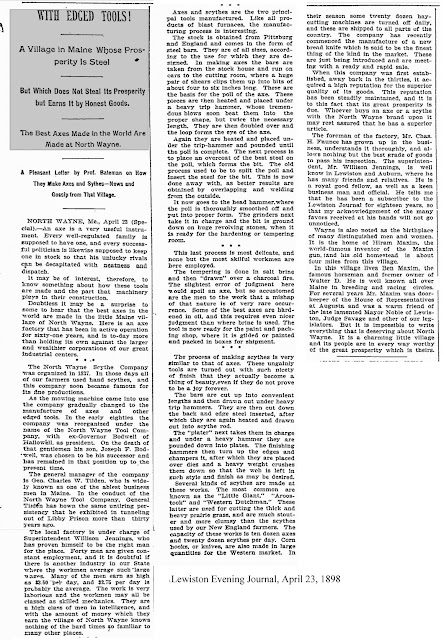 More information:  note the diameter of the sharpening stones! 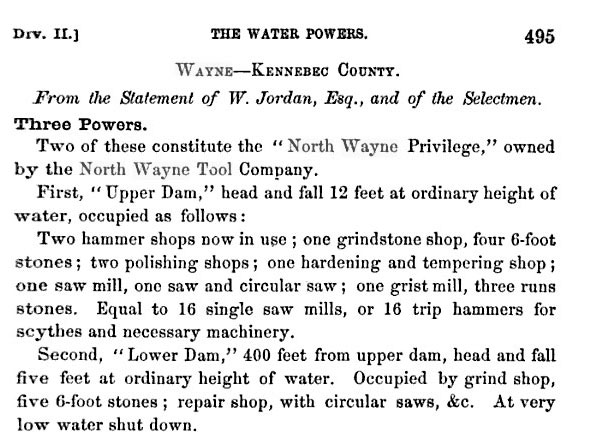 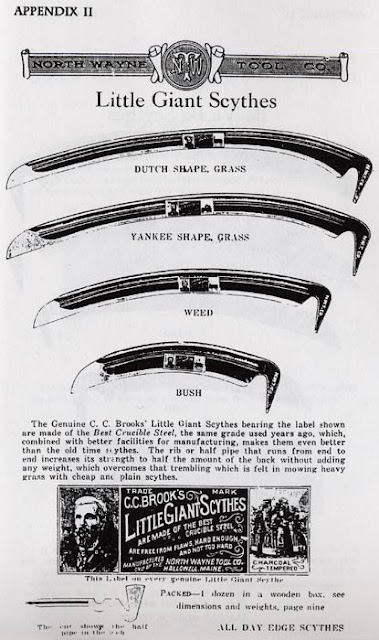 Just bought a North Wayne sickle in a yard sale here in SW Florida. Thanks for the informative post about the company.