The Star Ferry was founded in 1888 to ferry passengers between Hong Kong Island and the mainland at Kowloon. Despite competition from road tunnels and the subway, it remains a popular method to travel, feeling like another era while carrying 70,000 people a day on its twelve boats and two routes. It's a popular tourist attraction, providing scenic views during the short "ocean" crossings. 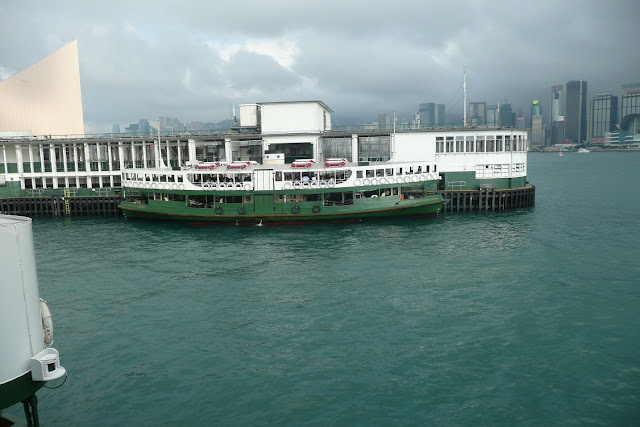 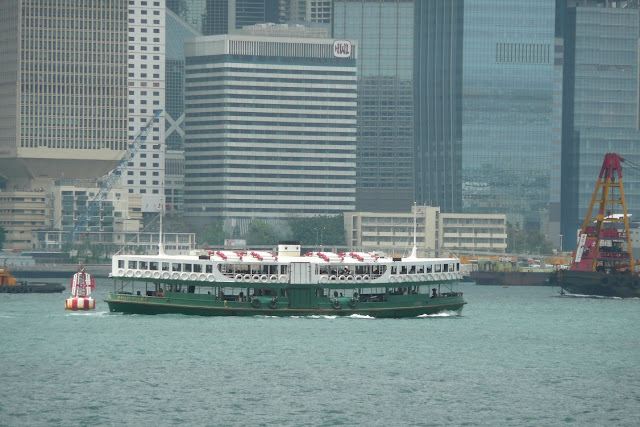 Solar Star making its way across a busy harbour. 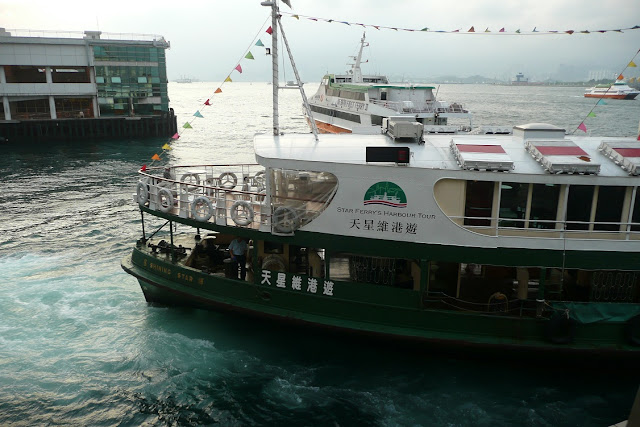 Shining Star pulling in at Central. 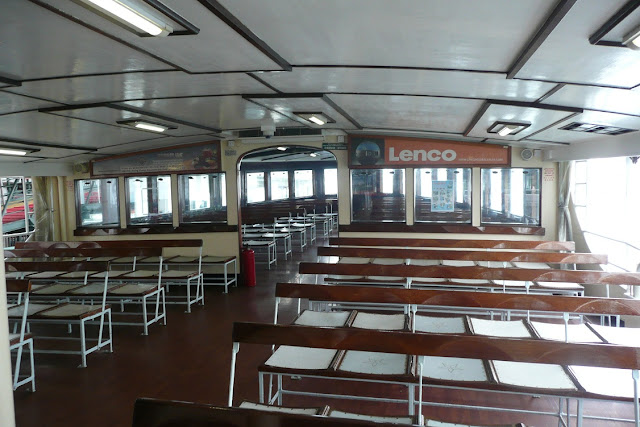 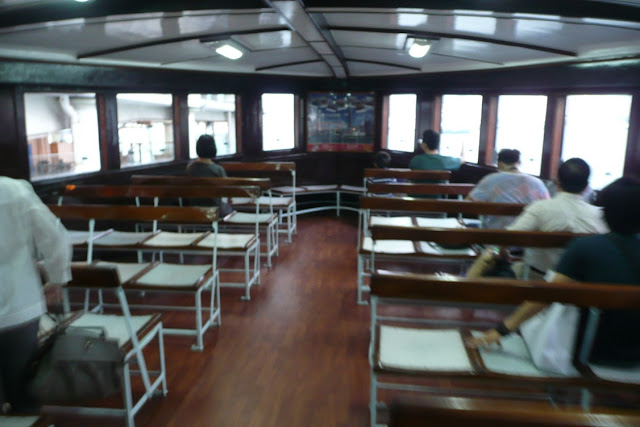 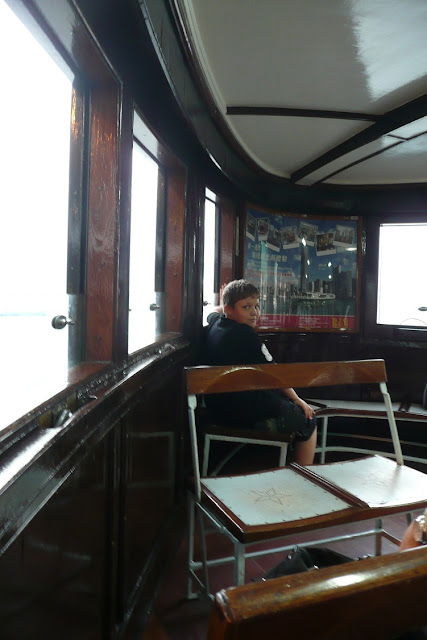 The seat backs flip over depending on the direction of travel. 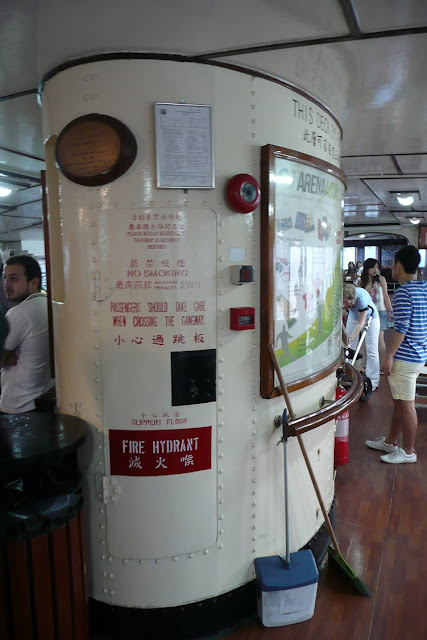 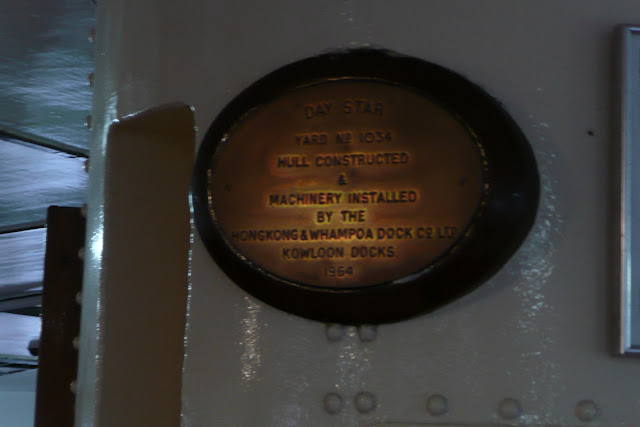 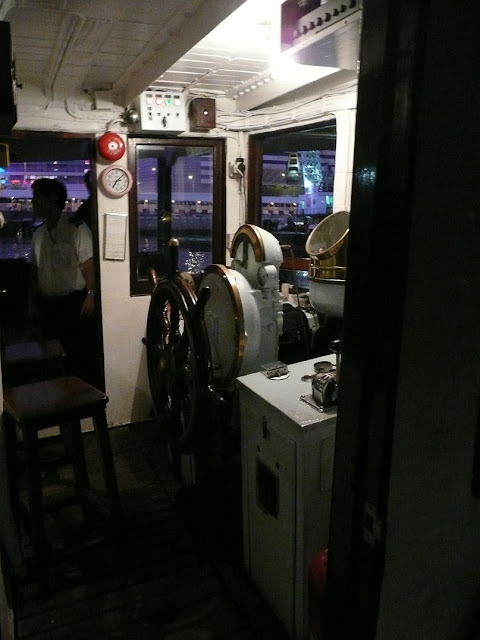 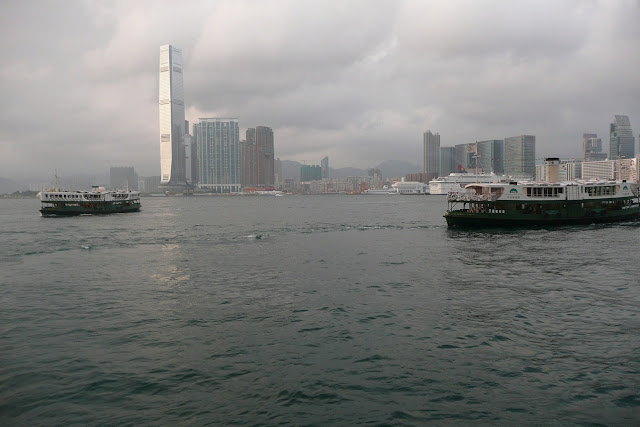 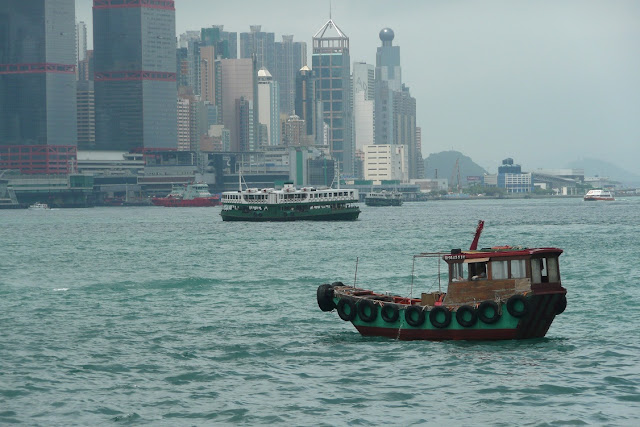 It's hard to get a waterfront picture without a Star Ferry or two in the frame.
Posted by Mister G at 7:54 AM

The whole journey takes less than 5 minutes - is this the shortest ferry trip in the world?