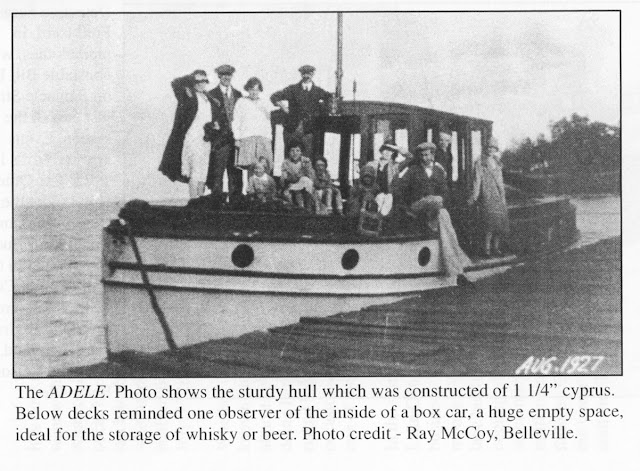 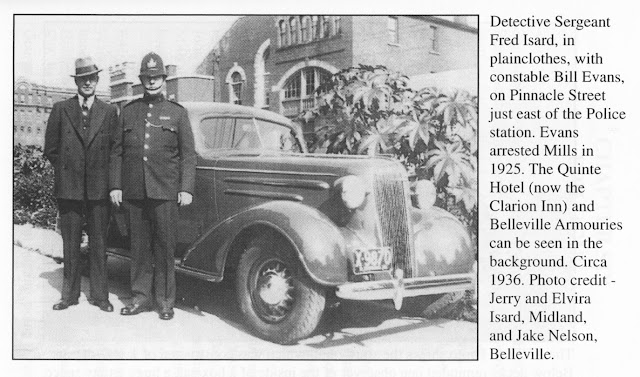 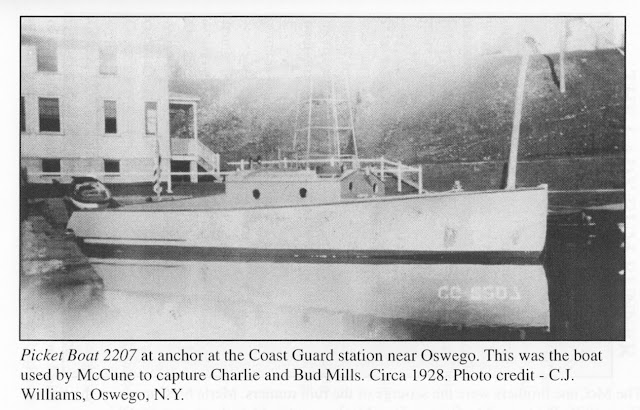 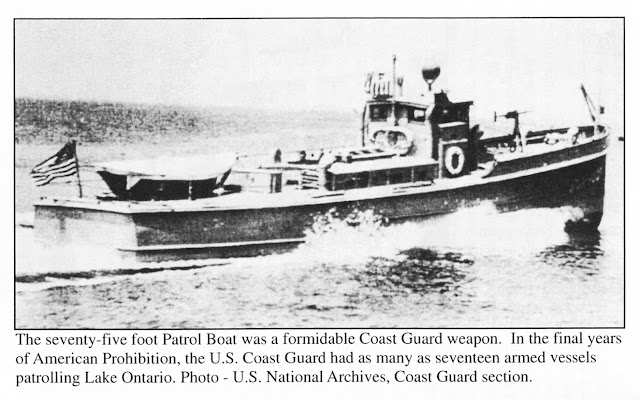 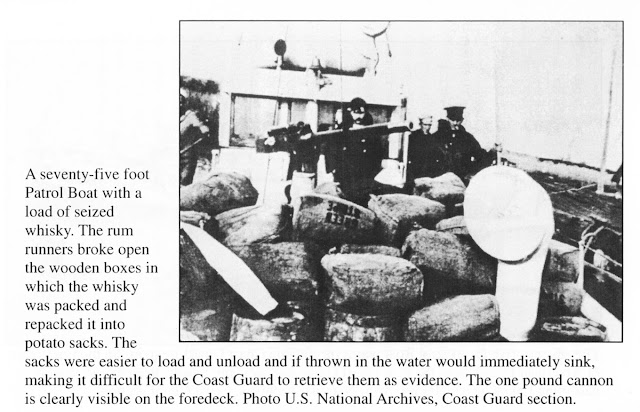 Following the passage of the Volstead Act in the U.S. in 1920, business in Ontario was booming.  The author reports that at least 100,000 Canadians were involved in some way or another in the booze smuggle business.  In Windsor, booze was second only to automobile manufacturing in importance.  In the Bay of Quinte area, my neck of the woods, the Corby distillery expanded production from 500 barrels a month to 50,000 barrels, becoming the biggest distillery in the British Empire in the process.  A case of Corby's Old Whisky (12 bottles) sold for $48 in Canada; in New York State, the same case demanded at least $200.   Rum runners could get very rich, and the book is the story of two of them:  Gentleman Charlie Mills and his sometime amorata, Jennie Batley, the only recorded woman rum smuggler.

It wasn't until 1925 that U.S. authorities began putting boats in the water that could effectively deter the smugglers.  The 75-foot Patrol Boat (or "six-bitter") could reach 16 knots and carried a crew of 8 along with a one-pound cannon and a 30-caliber Lewis machine gun, and each crew member was armed with an automatic pistol.  With a top speed of 24 knots, the 36-foot Picket Boat had a three-man crew and a Lewis machine gun.  This was the first time that armed warships had been on the Great Lakes since the War of 1812.
Posted by The Duke at 3:47 PM