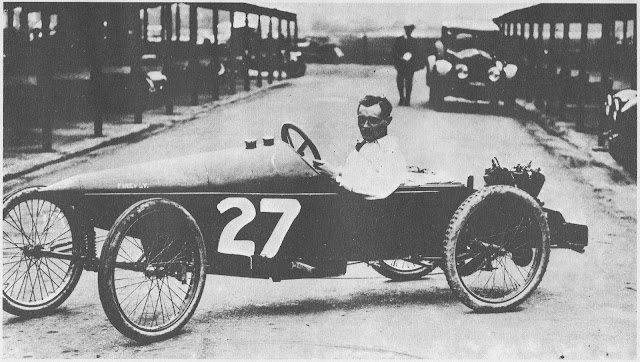 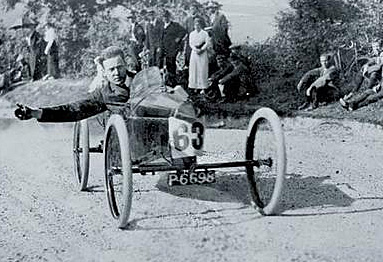 Looks like an AV, built by Ward and Avey in England between 1919 and 1924. At one stage the factory employed 80 workers, and total production of the rear-engined cars was several hundred. Ward and Avey wisely acquired a Jowett agency when the cyclecar fad died in the mid-1920's, and sold Jowetts until that company went out of business in the mid-1950's.

Thanks! Its lovely, isn't it?