The Bull of the Woods 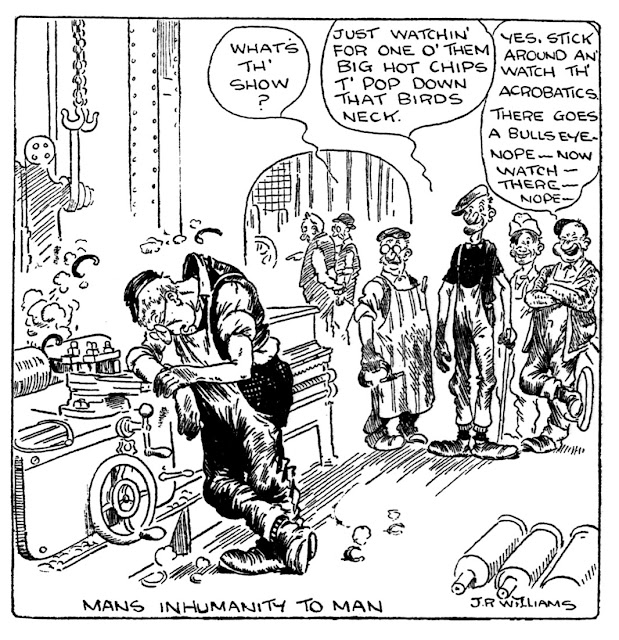 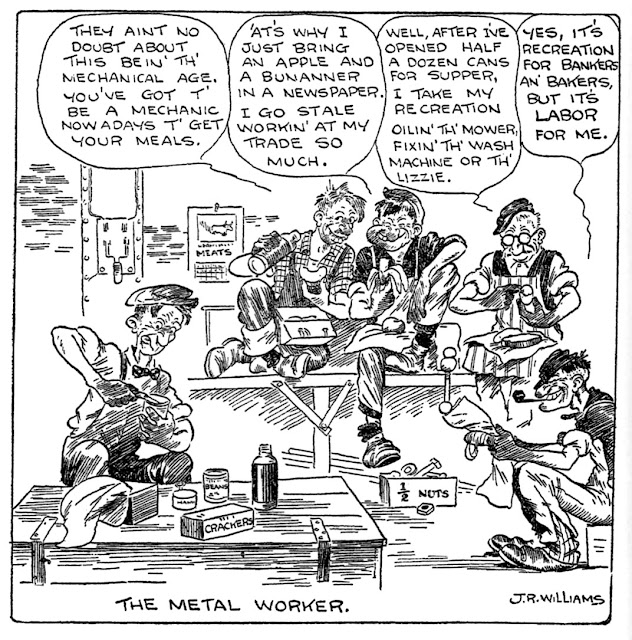 The cartoons above are taken from The Bull of the Woods, Volume II (Almonte, Ontario:  Algrove Publishing--Classic Reprint Series, 2003).  J.R. Williams used his own experience as a machinist to create cartoons based on the foibles he observed working in machine shops in the 1920's and 30's.  His daily cartoons were originally titled "Out Our Way" and eventually were carried by some 700 newspapers.  Before he passed away in 1957, he had produced over 10,000 cartoons.

In the Foreword to the book, Mr. Williams explains:

"The term 'Bull of the Woods' was borrowed from the lumberjacks.  I used it to describe a gruff, poker-faced man prowling among hundreds of machine belts in a shop in Alliance, Ohio.  Silhouetted against the hazy shop windows, they had a certain resemblance to a dense woods.

The 'Bull' was hardboiled, perhaps, but he was kind.  He must have been, or I certainly should have been fired.  He said to me one day with fine sarcasm, 'Pardon my rudeness.  You've been turning out two cartoons and one shaft a day on this machine.  Couldn't you make it two shafts and one cartoon a day?  This is a machine shop.

And now, when I have no shafts to do, I have a terrible time turning out one cartoon a day."


I'll be posting more of his cartoons on the blog from time to time.  Thank you Mr. Williams.
Posted by The Duke at 7:50 PM