In 1936, Fernihough set a new motorcycle land speed record for solo motorcycles over the flying mile on a Brough Superior at a speed of 163.82 miles per hour (263.64 km/h). The following year, he improved the record using a supercharged 1000 cc J.A.P. engine, upping the flying kilometre record to 169.79 miles per hour (273.25 km/h). On 23 April 1938, he suffered a fatal accident while attempting to break the motorcycle land-speed record in Hungary. 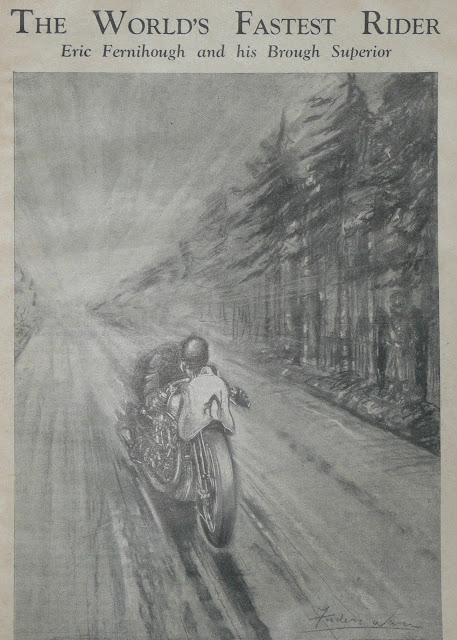 Illustration from the sept 23 1937 Motorcycling Magazine.