Wes Cooley and Yoshimura won the 1979 and 1980 AMA Superbike Championships on a Suzuki GS1000S. This is the team in 1982 with the new Suzuki Katana. 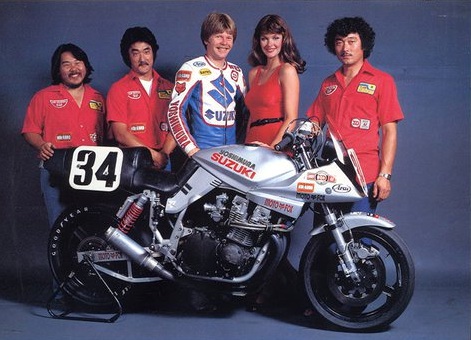 And the bike at The Toronto International Motorcycle Show 20 odd years later. 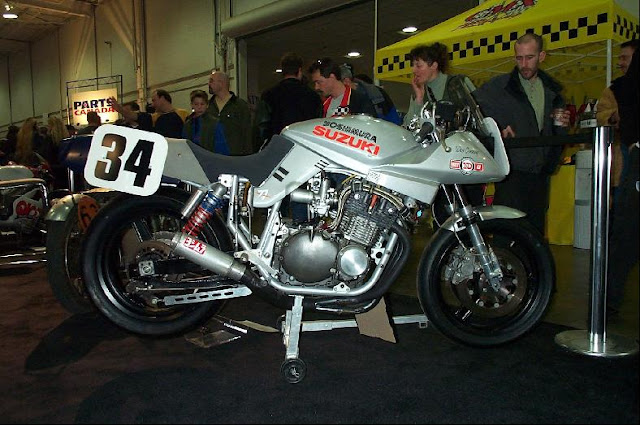 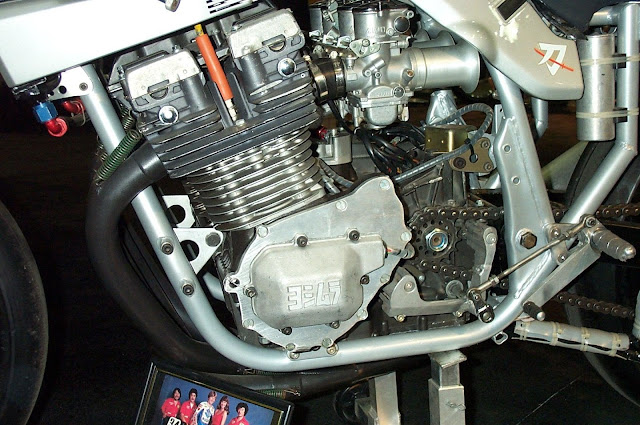 And an action pic from somewhere on the net 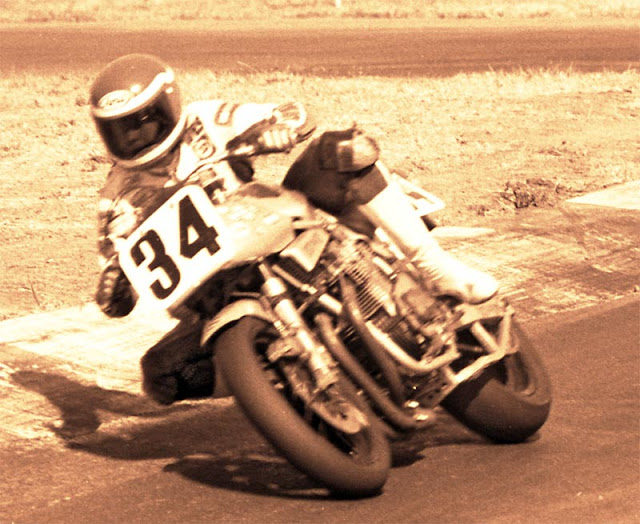 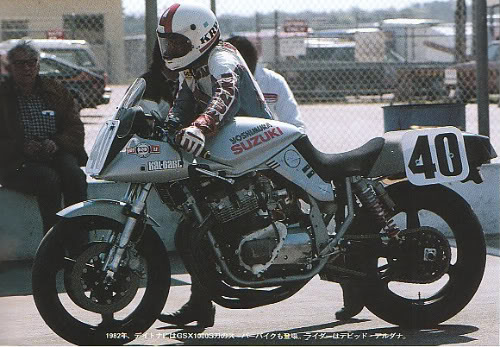 Below; Two pictures of other Katana racers from Daytona 1982. 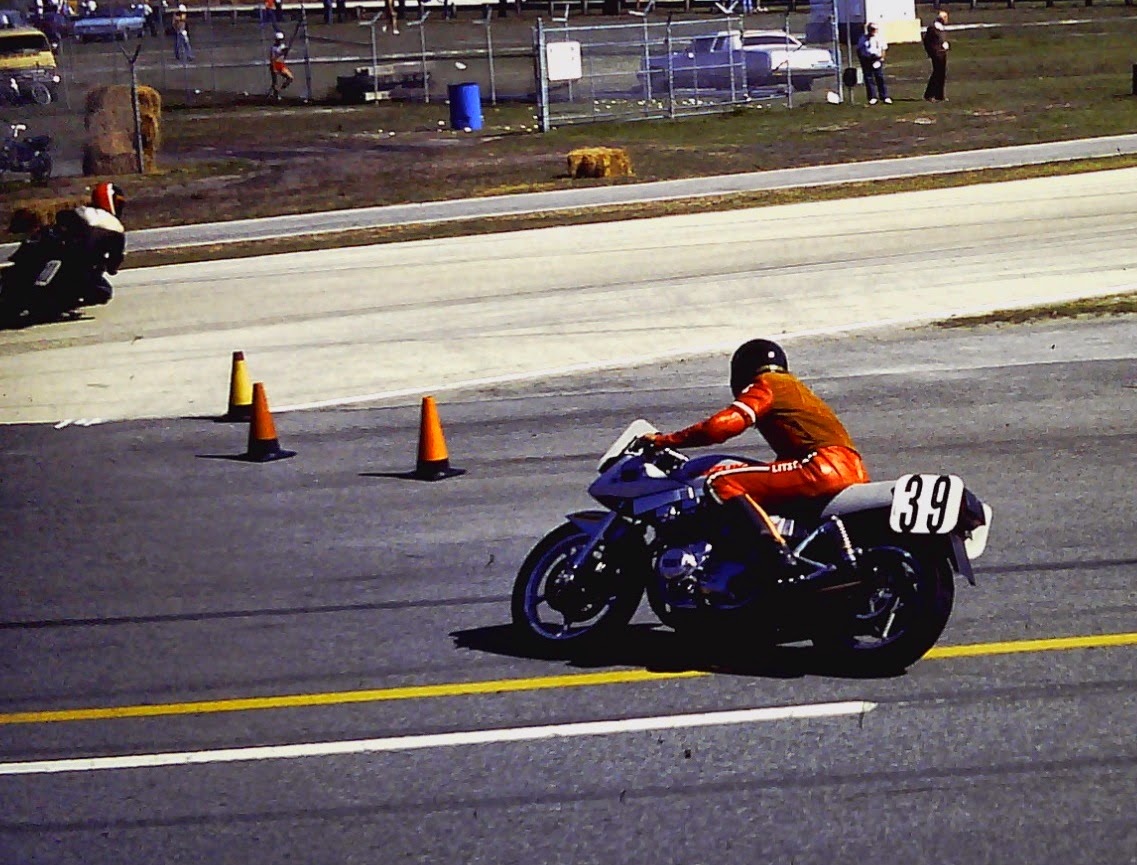 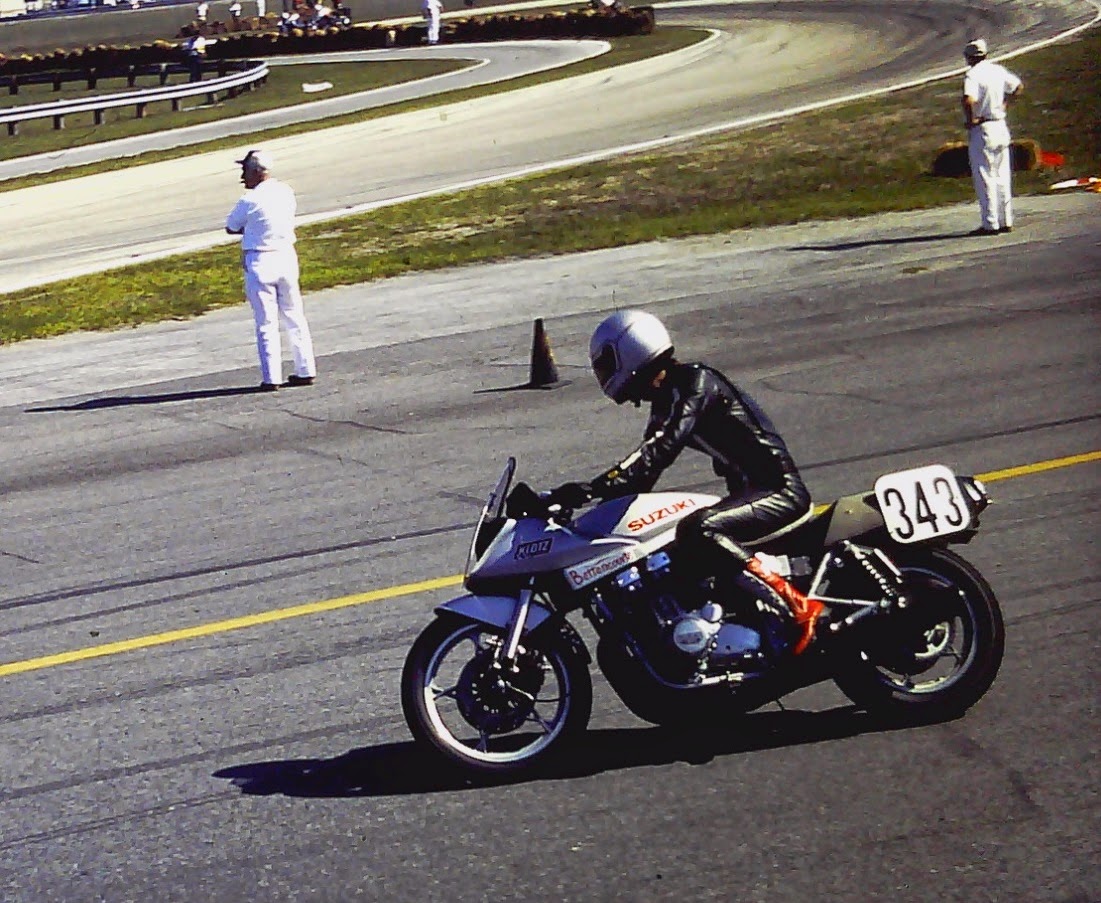 Best years of Superbike ! Wes,and Dave personal Hero's of mine

The bikes don't look remotely similar. I would venture to say that the bike is a replica or aldanas bike. suspension, brakes, seat, some of the bodywork all look drasticly different.

I don't know, it could be, but racebikes are seldom static and can be different even in the same day.

Did bikes race clockwise at Daytona?

Counterlockwise but it's a road course with an infield section.