From a late 1950's issue of Esso's Happy Motoring magazine.  The Central Alberta Chamber of Commerce sponsored a motorcade over a 125-mile route from Rocky Mountain House to the Banff-Jasper Highway.  It began at 10 a.m. and ended at 10 p.m. and followed lumber roads, trails, seismograph trails and even opened up new roads.  "The trip was an eye-opener to many drivers, who found manpower was needed to bolster under-hood horsepower on many occasions.  No serious injuries were experienced by the cars on the pioneer route that was first mapped out by David Thompson, frontiersman and geographer, after whom the road, when it is eventually built, will be named." 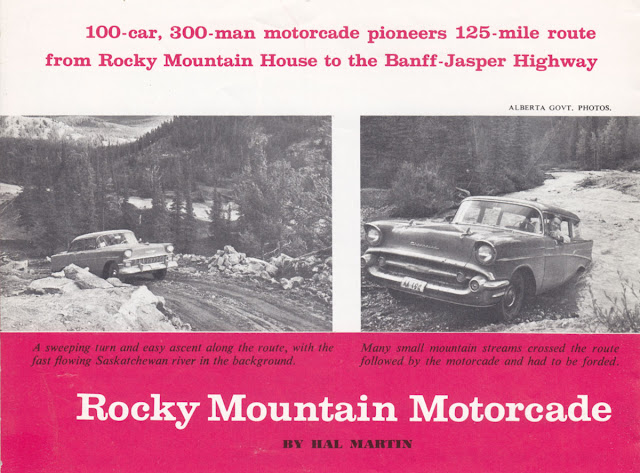 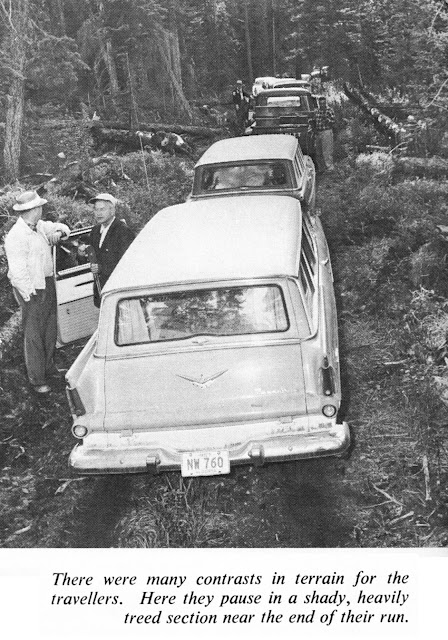 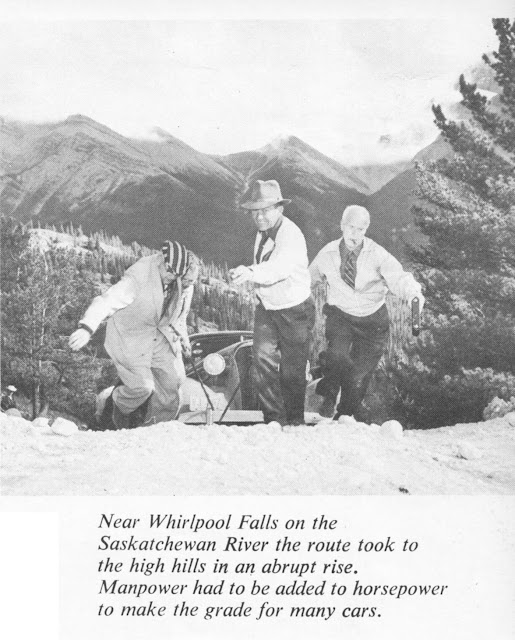 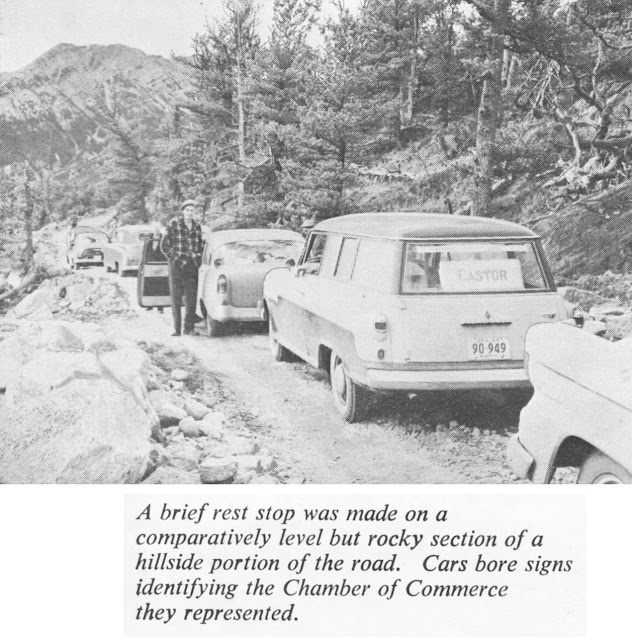 What make of car is in the final picture with the 90-949 licence plate?