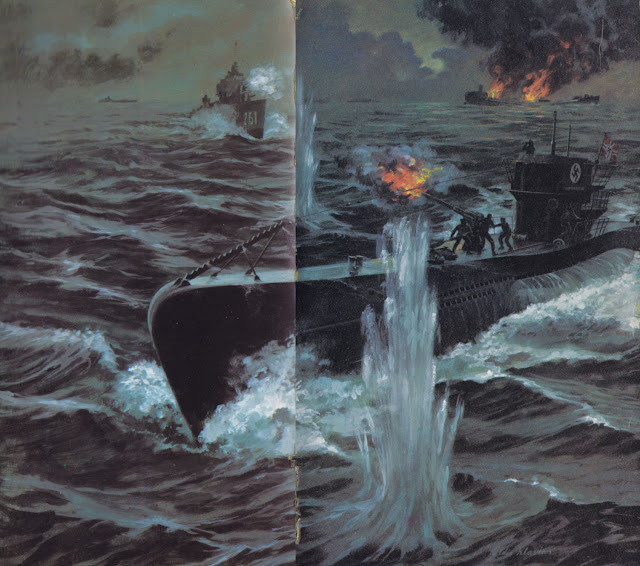 Written by Harold Busch, who served in the German navy during World War II.  Originally published in 1955 as So War Der U-Boat Krieg, it was translated by L.P.R. Wilson and reprinted by Ballantine Books in 1982, the edition from which the illustration above is taken.  (Unless the boat was crippled, no U-boat crew would be manning a deck gun with a destroyer or corvette bearing down on the boat!) Although dated, it provides a fascinating glimpse into the difficulties and successes experienced by the men who sailed in this arm of the German navy.