Note the unusual two-piece ferrule in the photo below: 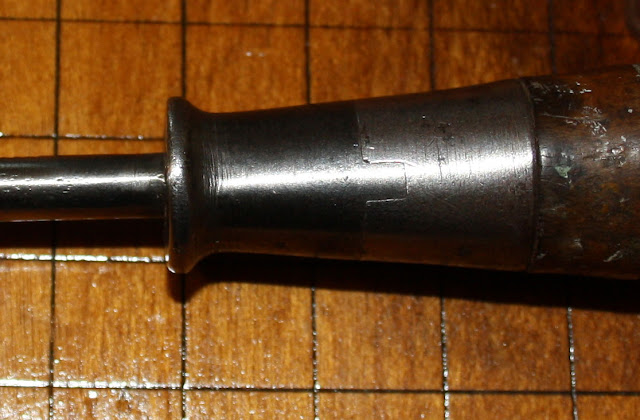 This screwdriver was an item in the 1897 Sears, Roebuck & Co. Catalogue:

Interestingly, by the time of the 1908 Sears, Roebuck Catalogue, the special (and likely expensive to manufacture) ferrule appears to be absent (and the price has dropped!): 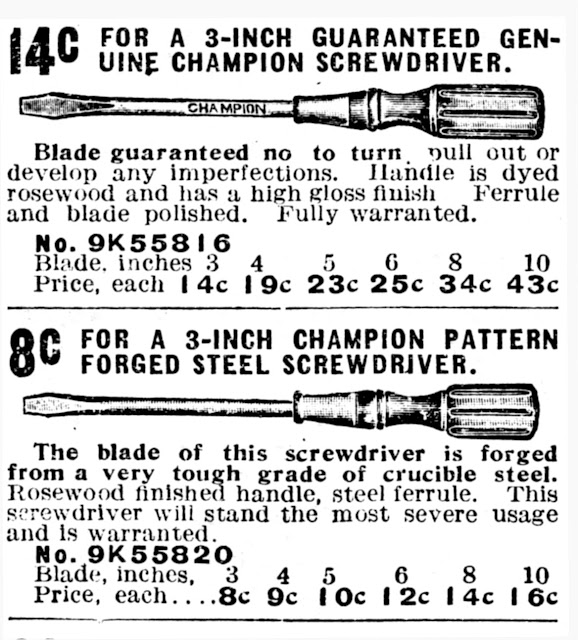 It's not clear who actually made this tool.  I did find a picture on the 'Net  of a "Union Champion" screwdriver set produced by Tower & Lyon.  (Founded by John J. Tower and Polhemus Lyon, the company out of New York City made tools between 1884 and 1916.  According to Lee Valley Tools, they sold plumb bobs, pliers, oilcans, unusual wrenches, police equipment (shackles, clubs, dark lanterns, badges, whistles, handcuffs), Chaplin's planes, Stephens' bench vises, Snediker's blacksmiths' leg vises, McWilliams' Scandinavian padlocks, and many of Kraeuter's products (ticket and belt punches, dividers, calipers, scissors, button hole cutters, pliers).  Maybe they made the screwdriver.  On the other hand, "Champion" is clearly a good name for a tool, so another company may also have produced screwdrivers for Sears, Roebuck under this name. 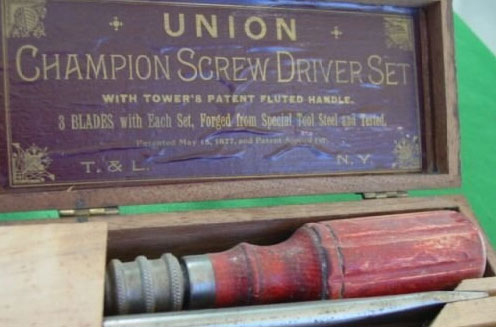