This lovely little 50 cc two-cylinder 2 stroke was first presented at the 1969 Milan motorcycle show. The engine was new but the frame was from another 50cc Guzzi, the Dingo. Other components were sourced from the 125cc Stornello. Apparently the engine was never run in public and nothing more was heard until a few years later, when the bike was presented again, this time as a 125.  Unfortunately neither was ever put into production, as they were considered to be too expensive. 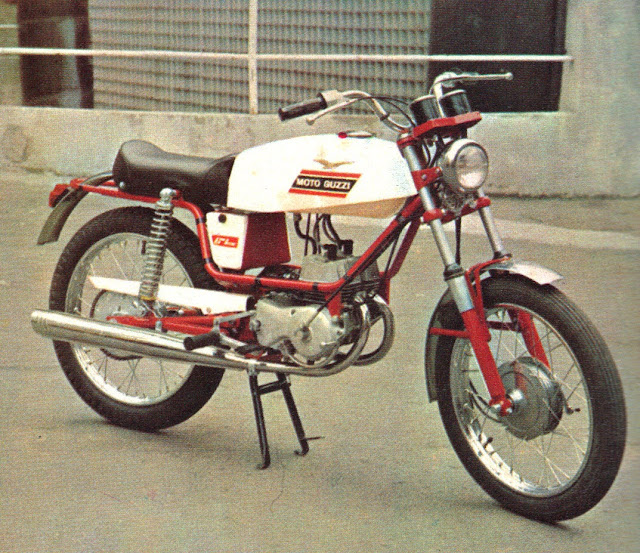 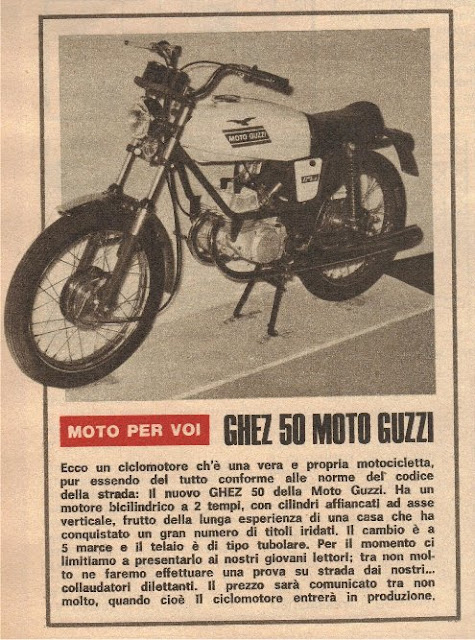 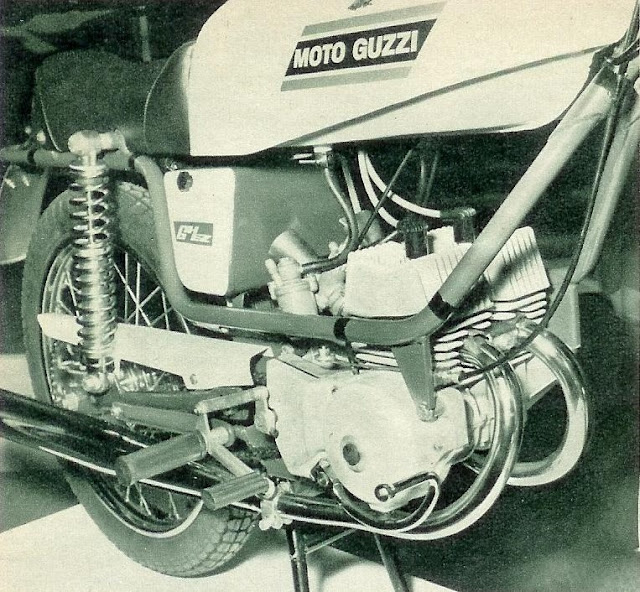