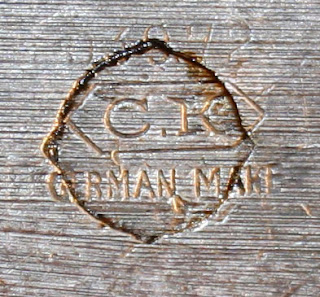 In 1875, Carl Kammerling began working as an apprentice in Wuppertal, Germany for Peter Ludwig Schmidt (P.L.S.), a firm dating back to 1790. In 1904, he left to form his own business, selling tools under the C.K. brand. He passed away in 1930, and his son subsequently acquired P.L.S. and combined the two companies. World War II was disastrous for the company:    all 8 premises were destroyed in a bombing raid in 1943.  The family fled to Melningen, which fell behind the Iron Curtain and the company ceased to operate.  In 1947, the business was re-established in Wuppertal and continues to this day as Carl Kammerling International.

The pliers pictured above have an unusual feature:  two small steel pins located on the outside of one jaw: 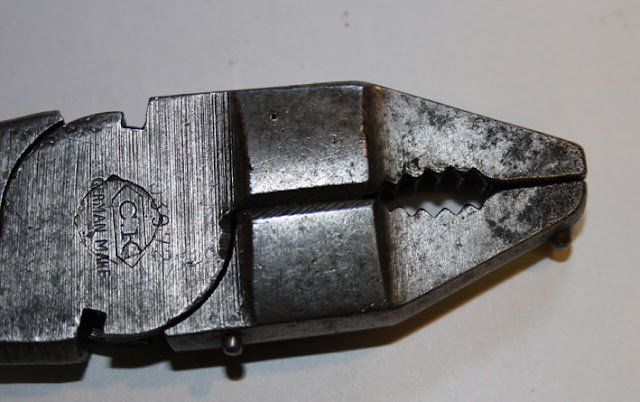 I wrote the company to inquire about this.  They kindly responded:

"This was a product only supplied to the USA, many years ago. Unfortunately, we do not have any literature nor is there anyone in the organisation that knows what the feature was intended for. I do apologise but in this case, we simply don't know."

Don't you just love mysteries!
Posted by The Duke at 9:34 AM